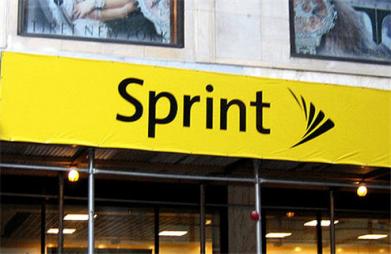 If the fourth quarter earnings are any indication, Sprint executives are probably sending a gift basket to Cupertino about now.

In its first quarter of selling the iPhone, Sprint has managed to lose less money than analysts expected it would. It has also added more subscribers than it has in any quarter since 2005 — (Thank you Apple).

The company reported operating income (before depreciation) of $842 million for the fourth quarter on revenues of $8.7 billion. Reported loss during the quarter was 35 cents a share, compared with the 38 cents a share analysts expected, according to Bloomberg. Net loss was $1.3 billion for the quarter.

With 1.8 million units sold, the real star for Sprint in the fourth quarter was the iPhone.

Both the iPhone 4S and iPhone 4 helped attract more new subscribers than ever to Sprint — with 40 percent of iPhone sales going to new customers. The carrier reported 1.6 million new subscribers during the quarter — 539,000 of which were postpaid (contracted) customers. Sprint now serves a total of 55 million customers.

Looking forward, Sprint expects operating income (before depreciation) for 2012 to be between $3.7 billion and $3.9 billion, compared with $5 billion for 2011. The company expects capital expenditures of around $6 billion for the year, which will include its efforts to rapidly deploy a new 4G LTE network.