To what extent has Electronic Arts’ Star Wars: The Old Republic (SWTOR) been keeping users away from Activision Blizzard’s cash cow World of Warcraft (WoW)? Surprisingly little, according to traffic reports from leading independent community websites for both online games.

The high-risk, high-reward market of subscription-based massively multiplayer online role-playing games (MMORPGs) has become more competitive since Electronic Arts bet the farm on SWTOR, which took six years to develop and allegedly cost about $200 million to produce. World of Warcraft is Activision’s most important property and it generates more than $1 billion a year for Activision. Any assault on WoW has to be a huge undertaking.

When EA reported a strong number of 1.7 million active SWTOR users on February 1st, it left many industry observers wondering how much this gain had hurt World of Warcraft. The fantasy MMORPG by Activision Blizzard has been dominating the market for subscription MMORGs since its launch in 2004. Customers have to pay a monthly fee between $13 and $15 to continue playing. But user numbers started to crumble lately, with a decline from 11.1 to 10.3 million subscribers in the third quarter of 2011.

Activision Blizzard is expected to publish updated subscriber numbers during its earning reports on Thursday. And while a further decrease in paying players seems likely, observations from independent MMORPG communities indicate that The Old Republic’s strong start might hurt World of Warcraft less than anticipated. 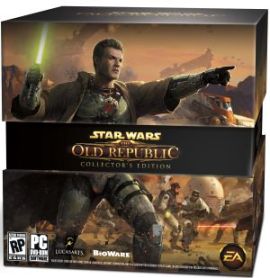 “SWTOR is going to be the proof that more than just one MMO using the subscription model can do really well.” says Hubert Thieblot, CEO and founder of Curse, Inc. The San Francisco based company operates a number of popular websites catering to players of MMORPGs. Curse is reporting that it’s WoW fan site MMO-Champion, which attracts about 3 million unique visitors a month, “hasn’t seen a significant decline” since SWTOR’s launch on December 20, 2011.

Curse is claiming unspecified “strong growth” for its dedicated SWTOR community site DarthHater, but “it hasn’t approached the massive scale of the WoW-related sites yet.”

Another leading publisher of websites that are catering to players of MMORPGs is observing similar trends. ZAM Network is operating Wowhead, the most popular online database for World of Warcraft content. ZAM President Ryan Bohmann stated to VentureBeat that “traffic has been steady since September”. Comparing January 2012 with October 2011, he finds that Wowhead traffic numbers are actually up by 7%, despite of SWTOR’s December 2011 launch.

Wowhead’s traffic is an indicator of user engagement, as the database is primarily visited by players who are looking for information about specific WoW game content. Last December ZAM also launched Torhead, a dedicated database for SWTOR. Its traffic peaked in January before declining for a bit and now “seems to have evened out”, according to Bohmann. Quantcast counted 5.3 million visitors for Wowhead and 1.4 million visitors for Torhead.

Another sign that a chunk of WoW players are giving SWTOR a try without abandoning the former game: 17 percent of visitors of the official worldofwarcraft.com website also visited swtor.com in December 2011, according to comScore Cross-Visitation numbers cited by Curse. “Many MMO gamers are willing to try new MMO games but aren’t going to completely abandon something like WoW that they’ve put so much effort into.” concludes Curse CEO Thieblot.

These website traffic trends suggest that SWTOR might have a hard time maintaining an aggressive growth path. And that the number of players jumping WoW’s ship are not as large as SWTOR’s early success might have suggested.