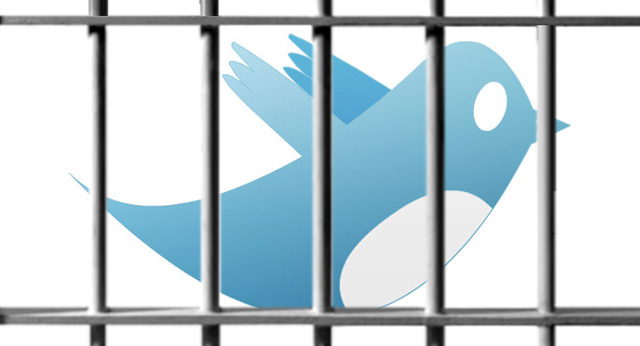 Indonesia’s Communications and Information Minister has declared that anyone tweeting illegal content, such as blasphemy, pornography, and threats, could spend up to 12 years in prison.

Indonesia has a strained history with free speech issues and open media, so a law that would punish Twitter users harshly for their words isn’t entirely surprising. The case of Prita Mulyasari is one big example of how uncomfortable the country is with online communication. Mulyasari was jailed and fined for sending e-mails to 20 of her friends that complained about a hospital’s service.

So now, with Twitter, another online service that makes it easy to complain or send lewd messages, users best be careful. Minister Tifatul Sembiring said Monday that the government is studying Twitter and that it would pursue all users found violating its strict laws, according to the Jakarta Globe.

“If they violate the laws, they will be punished,” Tifatul reportedly said. “Principally, every account user could be held responsible by tracing his position and device.” he said.

There are five offenses that could bring the government after you: pornography, gambling, threats, fraud, and blasphemy. And according to Indonesia’s Information and Electronic Transactions Law, users violating these rules can face between seven and 12 years in prison.

So, Indonesians, the next time you think about tweeting (or Facebooking for that matter) that Justin Bieber has a goofy haircut or that M.I.A. has an ugly middle finger, just hold off. Instead, write your government representatives that you want to make fun of celebrities and government officials without fear of prison time.