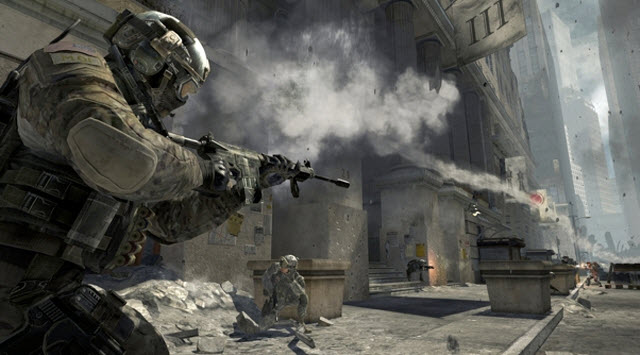 That includes both free and paid memberships, and it represents a sizable chunk of the overall numbers of consumers who bought the game. About 1.5 million of those users have chosen to pay $4.99 a month for the privilege of getting the latest content for titles such as Call of Duty: Modern Warfare 3, which was the biggest-selling game of 2011. A subscription to Elite costs less per year than getting all of the downloadable content coming over the next nine months at full price.

Digital revenues, such as downloadable content or the social network subscriptions, added up to $1.6 billion for all of 2011. That was more than 34 percent of the Santa Monica, Calif.-based company’s revenues for all of 2011.

Call of Duty: Modern Warfare 3 players have logged more than 639 million hours of game time through Dec. 31. The total number of unique online gamers playing the game was 12 percent greater than the number for last year’s Call of Duty: Black Ops. (I’m one of those Modern Warfare 3 players, with a ranking of 71, or Major General II, on multiplayer).

Eric Hirshberg, chief executive of Activision Publishing, said in an analyst conference call, “We have grown the Call of Duty franchise every year for the past eight years.” Modern Warfare 3, Black Ops, and Modern Warfare 2 are the top three most-played games on Microsoft’s Xbox Live online gaming service for the Xbox 360.

Hirshberg said that a new Call of Duty game will debut in 2012, repeating a pattern that has taken place every year in recent history. There are 40 million monthly active Call of Duty users, with more than 20 million for Modern Warfare 3 alone. Call of Duty China will also launch sometime soon.