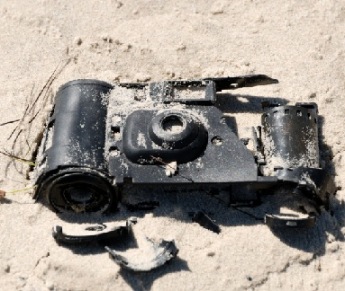 Kodak, the beleaguered company that invented the handheld camera, is slashing its product lines in an attempt to survive a rapidly changing consumer electronics landscape.

The company began preparing for Chapter 11 bankruptcy at the very beginning of 2012; the filing was complete on January 18.

The iconic company will ease production of its cameras, including digital and pocket video cameras, as well as its digital picture frames, before the summer of 2012 is over. Exiting this aspect of its business will cost Kodak an initial $30 million but is expected to result in a $100 million annual savings.

Kodak will continue to honor existing product warranties and will offer support services for the cameras and frames.

After cutting so much of its business away, Kodak will focus on generating revenue from its brand licensing program, online and retail photo-printing services, home printers, enterprise services (including commercial film units), and retail kiosks and photo-printing labs.

During its bankruptcy proceedings, Kodak CEO Antonio Perez said, “Kodak is taking a significant step toward enabling our enterprise to complete its transformation. At the same time as we have created our digital business, we have also already effectively exited certain traditional operations, closing 13 manufacturing plants and 130 processing labs, and reducing our workforce by 47,000 since 2003.”

At that time, the company’s stock was trading at just 47 cents per share; today, in spite of massive restructuring efforts, stock ticker EKDKQ still sits at just 44 cents.