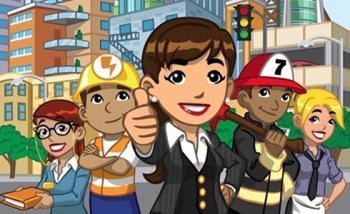 “How do we find that balance between people who are interested in games… without having the problem of more spam?”

Glazer said these words onstage today at the Inside Social Apps conference in San Francisco, and it was quite clear which community he was talking about: Facebook, which itself sees gaming as a sort of double-edged sword.

On the same stage yesterday, Facebook exec Carl Sjogreen emphasized just how vital games are to the Facebook ecosystem (and growing Credits-based revenue) when he said, “It’s critically important to us that games are successful… There are some people who would find their Timeline incomplete without a lot of games activity.

Sjogreen said that because games were such a big part of the Facebook experience, “We have a whole Platform team focused on just making sure games are going well. That includes building games-specific features … to create discovery for games.”

“Discovery for games” can, for many normal social-media users, translate to “friends spamming me with gaming requests.” While Facebook owes a lot of its success to its games-loving users, Sjogreen acknowledged there are also many people who would be happy to never see a game-related update in their News Feeds.

As Google began ramping up for its own social network launch, it had to think carefully about both groups. Would it choose to cater to the game-players, who stir up a lot of third-party developer activity and who can bring lots of revenue through a network? Or would they protect the interests of the non-gamers who just want to chat, comment, and share without being invited to pet someone’s virtual mountain goat.

“We saw equal amounts of anticipation and… people who hoped we never allowed games on Google+,” said Glazer.

Currently, Google+ does have a small number of games, not more than “several dozen,” said Glazer. The company has limited the number of developers on the games side of the Google+ Platform for the same reasons it’s taking it slowly with all third-party developers: it wants to get the Platform right before it opens the platform up for a game-developer free-for-all.

While Google+ will allow individual users to reach out to friends and invite them to play and participate in games, Glazer said the company is trying to avoid spammy behaviors by letting People choose to whom they send those invitations, in true Circle-centric style.

“What we’re trying to mostly do is put control in the hands of users,” he said. “First and foremost, you choose your audience,” and approach Glazer said will make it easier for game developers to get distribution without being perceived as spamming.

And of course, more games-related APIs are coming. Currently, a few APIs exist for getting user IDs, issuing invitations, and processing payments.

Most importantly, right now games are largely separate from most other Google+ social activity. Glazer was asked if, given their controversial nature, games will always be segregated.

“Always is a big word,” Glazer responded. “Maybe. It will always be distributed in a way that respects the entire community.”