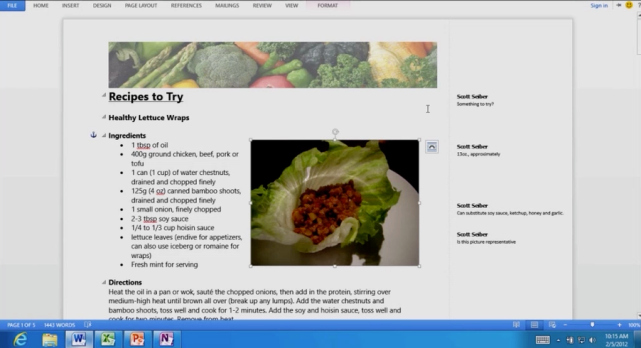 Microsoft’s plan to bring Windows to ARM chips has been a curious endeavor, mainly because the company hasn’t offered up many specifics about how the new version of Windows will differ from the traditional x86 and 64-bit versions of the operating system.

That all changed today with a nearly-9,000 word blog post by Microsoft’s Windows unit president Steven Sinofsky, in which he divulged a slew of details on Windows on ARM (WOA).

The big takeaways are that Microsoft plans to have WOA PCs available when other Windows 8 computers are shipping, and the company will also include desktop versions of optimized Office 15 apps in all WOA devices. 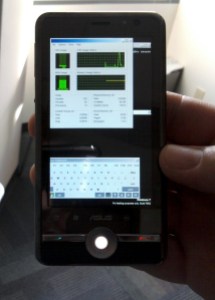 Above: Windows on ARM running on an early test device

To refresh: Microsoft announced way back in January 2011 that it would be porting Windows over to ARM chips. Doing so would give device makers an alternative to more power-hungry chips from Intel and AMD when developing Windows devices, and it would allow Microsoft to take advantage of the advances in power efficiency being made by mobile ARM chips.

The Office 15 apps, which will include Word, Powerpoint, Excel, and OneNote, are among the few desktop apps that WOA will support. The OS will include the traditional Windows Explorer file manager, Windows Explorer, and other desktop Windows features, but it won’t run traditional x86/64 Windows apps. Metro style apps available on the Microsoft Store, however, will run across WOA and all other versions of Windows 8.

As you can see from the screenshot above, Office 15 is aiming for a simpler style than previous iterations. There’s more white space than usual for an Office app, and it’s clear that Microsoft is using its Metro design cues wherever it can.

Another interesting aspect of WOA PCs is that you’ll never be able to turn them off. Microsoft is instead relying on a new “Connected Standby” low-power mode that will purportedly last for weeks.  “Connected Standby permeates the engineering for WOA PCs from the hardware through the firmware, OS, WinRT platform, and apps,” Sinofsky writes. Microsoft is also working on bringing the low-power mode to other Windows 8 PCs as well, but you’ll still be able to turn those off completely.

Microsoft says it won’t release Windows on ARM separately, so it will only be something that you can get when purchasing a WOA tablet or PC. The company will also be rolling out test PCs to select developers and hardware partners around the release of the Windows 8 Consumer Preview at the end of this month.

Check out a video overview of Windows on ARM: