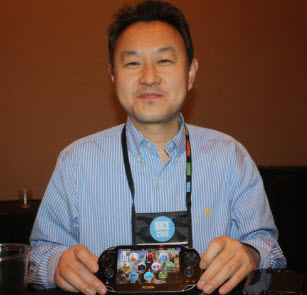 Shuhei Yoshida is in charge of all of the games that Sony makes internally for the PlayStation 3 and its other platforms. The president of worldwide studios for Sony Computer Entertainment was at the recent DICE Summit in Las Vegas, and he showed up with the PlayStation Vita, the new handheld gaming device that will launch on Feb. 22. in the U.S. Yoshida’s team helped shape the features of the Vita and has been busy making games for the system. All told, there are about 25 internal and externally developed titles arriving on the PS Vita on day one.

The PS Vita didn’t have the best of launches in Japan, but Yoshida is confident that the platform will take off in the U.S. He points to high-quality action games such as Uncharted: Golden Abyss, which is only playable on the PS Vita. If Sony manages to convince gamers that genres such as shooters can finally be played well on a portable device, it will have some space to claim in the market.

Here’s an edited transcript of our interview with Yoshida.

GB: You guys have been talking about the PlayStation Vita for a while. What are the results you’ve noticed in Japan, and what lessons are you applying for the U.S. launch?

Shuhei Yoshida: Here are two PS Vitas. One, the U.S. unit, and this one is the Japanese unit. So, the Japanese launch, you saw the sell-through numbers, you notice that we haven’t been able to sell out the units that we sold in. Of course, that would have been great if we sold something like that, but it didn’t happen. The sales numbers are within the range that we’ve been expecting, but they didn’t hit the highest, the kind that would have made us ecstatic. We had quite a good number of units prepared for the launch. But looking very objectively at the market situation there in Japan, especially on the portable, PSP is still very popular. You can see, when you see the new software calendars, every month publishers are launching good product, new products on PSP. And also, they’re still announcing new products coming later this year. PSP is still very alive, still a viable business platform for third-party publishers.

Of course, Nintendo dropped a surprise last year. They had a good lineup of software as we prepared for the PS Vita launch. So we had the perfect storm of 3DS going into Christmas, PSP still very popular, and publishers have to really think about how they’re going to allocate resources to three portable platforms, in addition to all the other things going on in the social and mobile spaces. 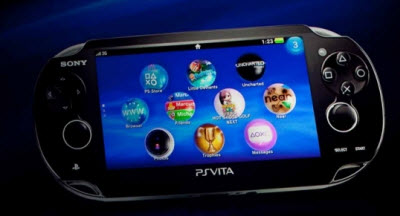 So overall, the portable game market in Japan is still very healthy. We are still seeing good sales through PSP, and we are advertising on TV, a dedicated PSP TV campaign, at the same time we are introducing Vita. For the Japanese market, we are expecting to see a slower transition in platforms. PSP will still continue to be very popular as an entry model. Especially for a younger audience. Our marketing group’s advertising is targeted towards kids’ magazines, in support of these younger-oriented titles. At the same time, we are trying to communicate the value and new, exciting features of PS Vita to an older, mature, core gamer audience.

GB: It was interesting if you take that thinking about how games can become brands and apply it to the Vita. What you have here is not just a product; it’s a brand that people, if they buy into it, may stick with for years to come. That’s what you want to happen, right?

GB: That’s the message you need to communicate to gamers, I guess?

SY: Absolutely. In PS Vita we have some pillars of our message, we’re talking about. Three kinds of concepts, we’re trying to communicate that. The easiest one is how great, for core gamers, how great these games are to play on this beautiful five-inch screen with two analog sticks and a powerful CPU and GPU. That we can show, like Uncharted for example. People see what we’re talking about. 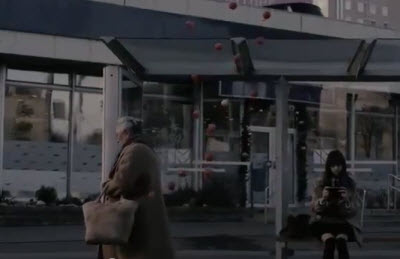 The second pillar is a new kind of experience that’s only possible with PS Vita, using the new user interface elements that we brought in. Touch, back touch, the camera augmented reality, all those new kinds of features. What kinds of new experiences can we create with them? The developers are experimenting with many different approaches. For example, with Uncharted, you’ve seen the use of touch, trying to make it more intuitive to navigate in the world. Some people, core gamers, still choose to use the stick and buttons, and that’s fine.

If you’re not that good of a gamer, you might find it much more intuitive to use the touch. But the other types of games, like Gravity Daze, (called Gravity Rush for the U.S.), just released in Japan this week, uses the gyro sensor as the core of the game. The game almost cannot exist on other platforms. We’ve realized, in PS Vita, where you can manipulate the gravity in the world as you tilt the unit. You could use the right analog stick as well, that’s easier to do when you’re making a big move, but when you fine-tune, tilting the unit and using the sensor is much more intuitive. You feel like you are the character, looking over the character into the world. That’s a very core game mechanic of Gravity Daze, Gravity Rush. That’s not possible to re-create on even PS3 or other consoles. That’s the second new type of experience that really differentiates PS Vita in the long term. I’m forcing everyone talking to me to watch this new trailer on PS Vita.

This trailer is made by marketing in Japan, it’s very well-done, but when you watch it in native resolution on PS Vita, it’s really beautiful. I’m bragging. [laughter] So the other game that just came out with Gravity Rush in Japan this week is called Sumioni, it merges analog stick control. It’s a 2D action platformer, but you can use the touch to create platforms as if you’re using a Japanese brush to draw a line. It’s done in a very beautiful, stylized graphics, similar to Okami. It’s a very unique experience. These games will continue to come out and make PS Vita something very special.

And the third pillar is of course the connectivity. The big feature that we put in the center of the experience for PS Vita is… When you start the game, you don’t immediately start the game. You open up a page, we call it the Live Area. It’s like a Twitter feed for that game, for you, to show you, the user, all your friends’ activities about that game, beneath the game icon. And there are icons from publishers, the announcement of new DLC, there’s a tournament going on, it’s all interactive. As far as the DLC icon, if you’re interested, you can tap it and you’re immediately taken to the store. It’s easy to purchase and download before you start the game. Or if it’s a tournament icon, you can touch it and skip all these credits and openings, you’re taken immediately to the specific tournament mode of the game.

And of course in the activity feed you see how your friends are playing the game. Your friend got a trophy, or your friend gave you some item to use, sent you some challenge. The best score, something like that. That kind of connectivity really matches with people’s current lifestyle, how people use social media. We want to integrate it into the experience of playing games. You can use all these features with Wi-Fi as well, so that’s why we created two SKUs. For people who don’t want to spend too much money on the hardware, we have the Wi-FI SKU, but for people who like to have the convenience of being connected anywhere, here’s the 3G SKU. These three pillars, we’re trying to communicate them. The latter two are rather difficult, because it requires people to experience it. Especially the value of having 3G in a portable gaming system, we’ve been finding that’s a challenge. Before the launch, even media people couldn’t experience the same situation with other people who are playing. You’re not seeing those constant updates and challenges coming from other people.