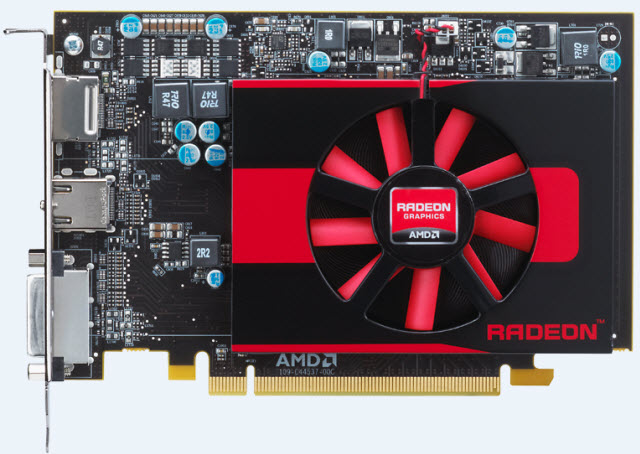 Advanced Micro Devices is rolling out new graphics chips today that will bring screaming performance to the mid-range of the gamer PC market. The new AMD Radeon HD 7700 series (code-named Cape Verde) has a lot of the same technology as AMD’s code-named Tahiti graphics chip, which debuted in December as the world’s fastest graphics chip. But the 1-gigahertz-capable 7700 chips will be built into graphics add-on cards that cost only $99 to $199.

That means it won’t cost an insane amount of money to buy a gamer PC that can run a lot of the latest computer games. And that will give Sunnyvale, Calif.-based AMD a leg up on graphics chip rival Nvidia for a time.

The new chips will replace the 5770 series chips from last year and will run most games about 20 percent to 30 percent better than the earlier chips. The new chips can also run Battlefield 3, one of the most demanding games available on the PC, almost 30 percent faster than Nvidia’s GeForce GTX 550 Ti graphics chip, said Arturo Wong Chujoy, product marketing manager at AMD in an interview. The HD 5770 series chips were the most successful modern graphics chips (running Microsoft’s DirectX 11 graphics technology) to date, based on hardware surveys conducted by Valve’s Steam service, Wong Chujoy said.

Each of the new 7700 series chips has 1.5 million transistors and is less than half the size of the more powerful Tahiti chips. The 7700 series chips normally run at 75 watts but can power down to less than 3 watts of power consumption when the computer isn’t being used. The chips are built with AMD’s new 28-nanometer manufacturing process. The chip has 640 stream processors that handle graphics tasks, compared to 2,048 stream processors in the AMD Radeon HD 7970 high-end model. But Wong Chujoy said that the new models have a lot of high-end features, such as the Eyefinity 2.0 technology that allows one chip to power six displays.

The 7700 series Gigahertz edition has “reference engine clock” that runs at 1 gigahertz. That means that most of the chip operates at that speed, making the chip the first in the world to run at such a rate, Wong Chujoy said. He also said the chips can be “overclocked,” or run at a higher than recommended speed. An 800-megahertz version can be overclocked to 900 megahertz, and the 1 gigahertz version can be overclocked to 1.25 gigahertz. The 7770 model will sell at $159, and the 7750 will sell for at $109.

The Cape Verde chips will be available today from a wide range of game-focused hardware companies, from MSi to Asus. Starting in March, another set of graphics chips code-named Pitcairn will arrive and replace AMD’s Radeon HD 6800 series of chips in the price points ranging from $199 to $399.