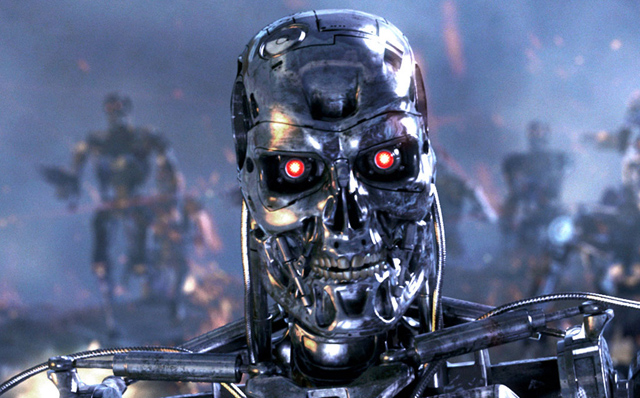 The rise of the machines is upon us. A new report from Cisco predicts that mobile Internet devices will outnumber people on Earth for the first time by the end of 2012 — a sign of ever-growing love and dependence on technology that always keeps us connected.

“By the end of 2012, the number of mobile-connected devices will exceed the number of people on earth, and by 2016 there will be 1.4 mobile devices per capita,” Cisco stated in its latest Global Mobile Data Traffic Forecast Update. “There will be over 10 billion mobile-connected devices in 2016, including machine-to-machine (M2M) modules-exceeding the world’s population at that time (7.3 billion).”

Cisco’s new study also indicates that mobile data traffic grew more than two-fold in 2011, which is the fourth year in a row such traffic has doubled. 2011’s mobile data traffic was actually eight times the size of the entire global Internet in 2000, which shows just how rapidly the mobile web has been utilized across the world.

The study also presented some interesting tidbits about the state of 4G networks like Verizon’s LTE and Sprint’s WiMax offerings. Users with a 4G connection generated a staggering 28 times more traffic than a non-4G connection. At this point, 4G connections only represent 0.2 percent of mobile connections, but are already accounting for 6 percent of all mobile data traffic.

While it might be a little premature to say the machines are taking over a la Terminator (see the pretty guy above), having more connected web devices than humans as well as more ubiquitous web connections is a step in that direction. In the Terminator films, the machines are able to rise up against humans because they are diverse in capabilities and connected through the Skynet artificial intelligence system. Maybe we’re heading toward our own Skynet with our connected phones, tablets, and TVs that know an awful lot about us.