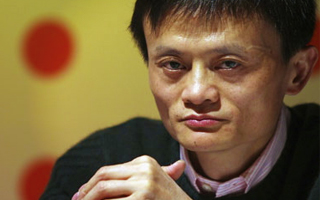 Due to deal talks breaking down, Yahoo may be losing $17 billion worth of Asian asset sales.

Yahoo, which owns significant stakes in Chinese powerhouse Alibaba and Japan’s SoftBank (as well as Yahoo Japan, natch) was attempting to sell those shares back to the companies in order to focus on domestic products and get a load of extra cash to bolster its business.

The transaction was said to be worth around $17 billion if Yahoo, Alibaba, and SoftBank could pull it off. However, this morning, All Things D‘s Kara Swisher is reporting that, in fact, the companies cannot pull it off.

After Alibaba went through the trouble of raising $4 billion to buy back its 40 percent stake from Yahoo; after it hired legal counsel specializing in international M&A and similar deals; after the company even suspended the public sale of its stock on the Hong Kong public market, the talks with Yahoo broke down.

Swisher’s sources say that while Yahoo has not completely walked away from the deal, it has changed the terms to something Alibaba and SoftBank find unacceptable.

Last week, in a letter from outgoing Yahoo board chair Roy Bostock, Bostock referenced the ongoing talks, saying, “The complexity and unique nature of these transactions is significant. While we continue to devote significant resources to these discussions, we are not in a position at this time to provide further detail or to provide assurance that any transaction will be achieved.”

The deal discussions first came to light in December 2011, when the company sought to shore up U.S. operations and offset a 24 percent year-over-year revenue loss due to a search deal with Microsoft.