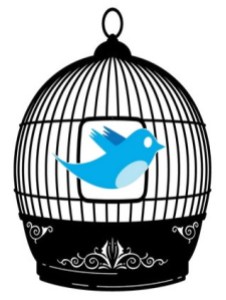 It must be frustrating to be an early Twitter employee. All around Silicon Valley, companies in the social networking space are going public, minting hordes of new millionaires and billionaires. But with little revenue of its own, Twitter is hoping to stay private.

So the company is restricting the amount of stock employees can sell on the secondary markets, trying to stay under the SEC’s 500 shareholder limit that would force them to go public.

The rule restricting sales of stock at Twitter has been in place for more than year, reports CNN, and has led to the departure of senior level employees. Chief executive Dick Costolo responded to the exits with an email explaining the rational behind the rule. “We don’t want to be public until we have very predictable quarterly earnings growth. We’re not ready to be a public company for a couple years.”

In another email obtained by CNN, Twitter’s human resources department worried that the rule was costing the company key talent. “Folks continue to be worried about the company losing its best talent — most of who left over the stock policy,” wrote Twitter’s VP of Human Resources. “You’ll note that there are not necessarily solutions here — more so just anxiety that we lost so many ‘senior’ people.”

That anxiety would explain why Twitter wrote to Congress encouraging them to expand the limit on shareholders in a private company.

Companies like SecondMarket, which facilitates the trade in private shares, is also looking for a replacement to make up for the substantial revenue it will  lose when Facebook goes public. Twitter is a prime candidate for this, having recently sold $300 million in shares to a Saudi Prince. The trick is finding individual buyers who can afford to purchase such big chunks of stock.