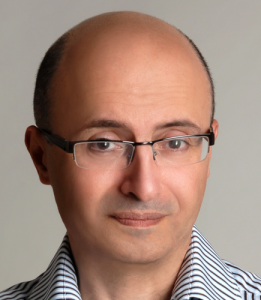 Engagio, a Toronto startup founded by William Mougayar that helps people keep track of the conversations they are having in comment threads across the web, has raised $540,000 in a seed round led by Rho Canada and New York investor Fred Wilson.

The unique thing about Engagio is that it was conceived in the comment section of Fred Wilson’s blog, A VC. And a number of the long time participants from the comment section pitched in to help Engagio with everything from securing a domain name to crafting their interface design. Even Fake Grimlock, everyone’s favorite giant robot startup dinosaur, lent a hand!

Wilson, through his investments with Union Square Ventures, has articulated a thesis about the power of highly networked online communities. But keeping up conversations across portfolio companies like Twitter, foursquare, and Tumblr meant that Wilson was missing a lot of what people were saying to him.

The first time Mougayar pitched Wilson a startup, a content curation platform called Eqentia, he was turned down. So he took a page out of Paul Graham’s play book and found a a problem that needed solving. It was Wilson’s problem of course, not his, but there was still a target market.

Engagio is a clean, inbox modeled after Gmail that allows all that discussion to happen in one place. With one click it can connect to Facebook or Disqus accounts and important the interactions. You can respond from inside Engagio and it will be posted to the appropriate site.

Mougayar told VentureBeat by phone that he is opening a satellite office in New York at General Assembly.

The Internet has opened up new doors for ambitious networkers. In the slang of A VC, Wilson is the “bartender” and Mougayar is an “instigator”, meaning he gets the conversation going in the comments. It’s a habit that seems to have paid dividends.