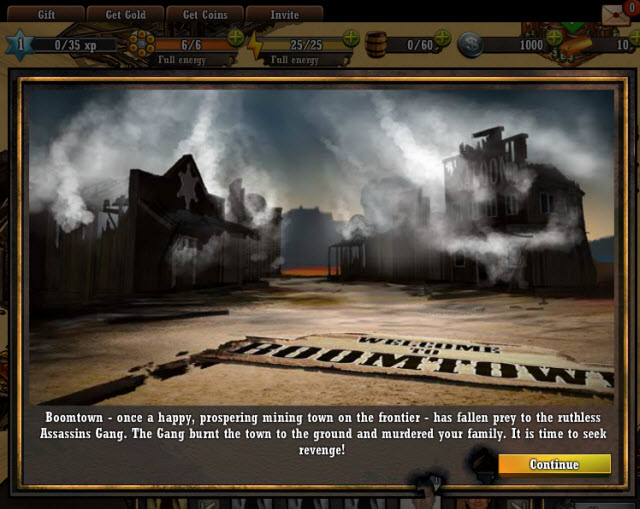 Digital Chocolate is launching its new social game Gangs of Boomtown as an exclusive title for Google+. The title is the third that Digital Chocolate, the game company headed by Trip Hawkins, has made for Google’s social network. But it is the first that will be exclusive to Google+ for 30 days. 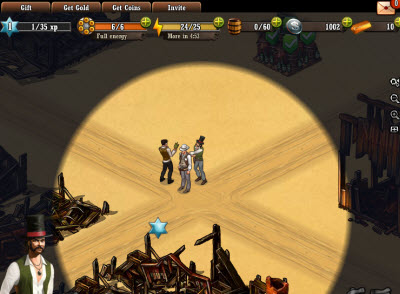 Google needs to get exclusives like this one to compete with Facebook, which has huge numbers of unique social games on its platform. To get more exclusives, Google is helping to promote exclusive games on its network. It is also charging a smaller commission — 5 percent vs. 30 percent — on virtual goods transactions on Google+ compared to Facebook.

Google now has 38 games on Google+, including three exclusives (The Godfather: Five Families, Pirates: Tides of Fortune, and now Gangs of Boomtown). Facebook, by comparison, has thousands of games.

In the game, you start out at Boomtown, a mining town that has fallen prey to the ruthless Assassins Gang. They burnt the town to the ground and murdered your family. You have to save the sheriff by punching out some gang members and taking their loot. You grab a gun and shoot the rest and start repairing the town. The game has reasonably good sound effects, but the animations are pretty ordinary. Players can share their achievements with certain game-oriented circles, but notifications are kept to a minimum.

It’s not a huge coup, as the exclusive is just for a month. But once someone starts playing a game, they’re likely to keep playing it on the same platform. This is the sort of game that grabs the attention of players on social networks. And it’s nice to see a Western social game, since we’re overloaded with Mafia games. It should help Google score even more exclusives in the future.

Mark Dooley, a spokesman for Digital Chocolate, said the company has been working on the title for a while. The game’s Western genre is a wide open opportunity on Facebook. Digital Chocolate’s Helsinki studio, which also made Zombie Lane and Army Attack, developed Gangs of Boomtown.