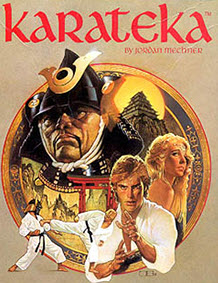 After a stint in film, Jordan Mechner, a legendary game developer who created The Prince of Persia blockbuster video game series, is coming back into video games to remake his 1980s hit Karateka.

Mechner’s Prince of Persia game series has sold more than 17 million units, accounting for well over $500 million. In 2010, he joined with Jerry Bruckheimer to adapt his own work for a Disney film, Prince of Persia: The Sands of Time. The film was the highest-grossing video-game-based movie to date with more than $335 million at the box office. 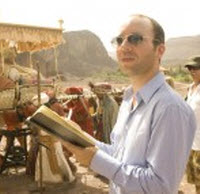 Mechner created Karateka in 1984 on the Apple II computer. He made the game while attending Yale University and won kudos for the title’s realistic animations. The game sold more than 500,000 units, which is outstanding for the early days of video games.

“It is amazing to me how many people still remember Karateka and talk about it after all these years,” Mechner said in an email. “Somehow, the 1980s seem to be in the air again. People ask me about Karateka on my website all the time, and I keep seeing videos and retrospectives of the original game posted online. I was astonished when I was in Moscow at a press conference for the Prince of Persia movie opening in 2010, and Russian journalists asked questions about Karateka.”

But Mechner never revisited the property for a remake until now.

“Strangely, I think that’s part of its appeal,” he said. “People’s childhood memories of it have remained pure. It’s like it’s been in a time capsule.”

Broderbund published the title, which got its name from the Japanese word for a practitioner of karate. In the game, the evil warlord Akuma has kidnapped the lovely Princess Mariko, and the player must defeat Akuma and his karate-trained guards to rescue the princess. It’s not a brawling or fighting game like Street Fighter or Mortal Kombat. It’s more like a cinematic, story-driven game with a love story and a fighting gameplay mechanic.

“Making the original Karateka was a labor of love,” said Mechner, who lives in Los Angeles. “To have so many people embrace it and share their stories of playing it has been really rewarding. I am always surprised to hear how much impact that game had. In remaking Karateka, I want to honor the original game with a compact, pick-up-and-play game that is fluid, atmospheric, and beautiful.”

The return to games comes after a long hiatus. Mechner also spent time in recent years writing graphic novels such as Solomon’s Thieves, and Prince of Persia: Before the Sandstorm. He also wrote and directed a documentary, Chavez Ravine: A Los Angeles story. For the first time since Prince of Persia: The Sands of Time (2003), Mechner will take an active day-to-day role in making a video game as creative director of Karateka.

Asked why he’s going back into games, he said, “Whether I’m doing a game, movie, or graphic novel, my goal is to create a world in which a story and characters come alive. I love working in all those media, each has its own special strengths, and I’d hate to give any of them up. I’m working as hard as ever as a screenwriter, but when I thought about bringing back Karateka, I felt very strongly that it should be a game. And that now was the time.”

Mechner said he is working with a small team and has a very hands-on role as creative director. He talked to publishers early on, but decided that it made sense to make the game independently as a modestly budgeted downloadable game. Karateka will debut for the PlayStation Network (The Sony Entertainment Network) and Xbox Live Arcade in 2012. Funding came via angel investment.