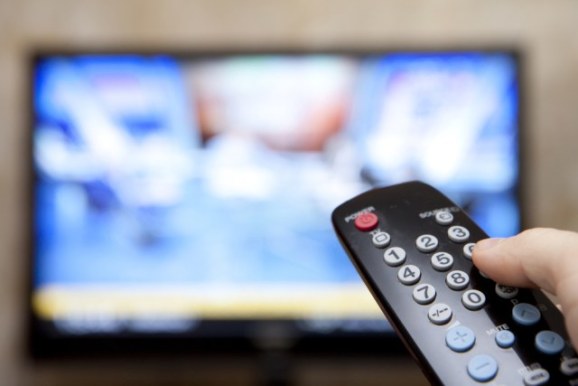 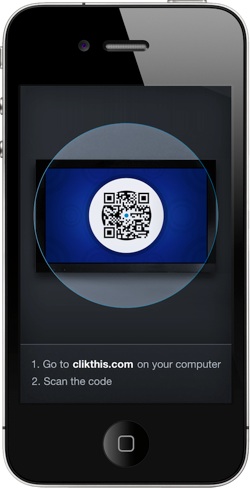 From the minds that brought you Kik, the ultra-fast mobile messaging app, comes Clik: a new platform that will let developers create smartphone apps that can control just about any screen with a web browser.

To prove the value of its platform, the company is releasing a free Clik YouTube app today for the iPhone and Android, which basically turns your smartphone into an addictively powerful Youtube remote control.

Here’s how Clik works: Simply visit clickthis.com in any web browser, scan the QR code with the Clik app (see right), and you’ll be presented with options that directly control what the browser displays. On the Clik YouTube app, you’ll be able to choose from featured videos, as well as search for YouTube videos, that will instantly start playing on the remote screen.

“Basically, we wanted to give you the Airplay experience with the minimum setup required,” Clik (and Kik) Ceo Ted Livingston told VentureBeat in an interview last week.

Clik joins a bevy of similar apps and services that let you push content from your phone to other screens. But Clik differentiates itself with its simplicity and blazing speed. And since it only relies on javascript, it’s completely device and platform agnostic. You could, for example, use your iPhone to control a Windows or Linux computer’s screen, or pretty much any smart TV platform that features a web browser.

Livingston tells me that the company initially began building Clik and the infrastructure powering it two years ago, but ended up using that technology to power Kik. Today, sending messages on Kik is nearly instantaneous. Now with a mature architecture behind it, Clik offers similarly fast control between your smartphone and other screens.

Clik also offers multiplayer capabilities, which could make for some fun parties. Multiple people can scan the QR code image for a single screen to control it, allowing groups to easily share their favorite cat videos.

The YouTube app is just the beginning for the company, as the technology powering Clik can let you push all sorts of content to your screens. With the Clik platform, third-party developers will be able to take advantage of the company’s tech to create apps that can share pictures, music, and potentially even games on remote screens.

Livingston tells me that most of his company will now be focusing on developing Clik. Its Kik messenger app won’t be going anywhere, but now that it’s feature rich and stable, the company is tackling newer challenges building up Clik.