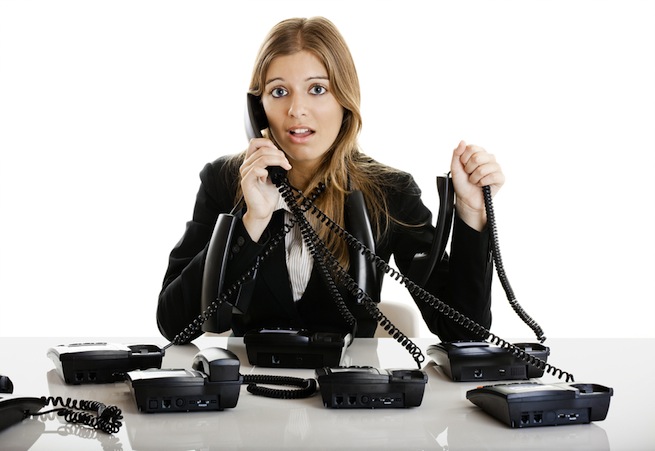 Discovered in 2008, nomophobia is defined as the fear of being out of mobile phone contact. When first studied, the phenomenon afflicted 53 percent of respondents. Now, that number has grown to 66 percent, according to a survey conducted by SecurEnvoy, a mobile security service.

Between the genders, women suffer more; 71 percent compared to 61 percent of men. But, men are much more likely to have two phones — compensating for their phobia by having a backup phone. Younger populations are more susceptible too; 77% of 18 to 24 year olds survey takers related to nomophobia.

You have to take these findings with a grain of salt, especially since they come from a mobile security company. But this type of behavior is becoming common. Most of us know at least one person who constantly has their phone by their side. MTV’s real-life documentary series “True Life” even ran an episode about people addicted to text messaging.

Other technology phobias exist too. You can be technophobic (fearful of all advanced technology), ipovlopsychophobic (fear of having your picture taken), or suffer from logizomechanophobia (the fear of computers). There is an opposite of nomophobia too, its called telephonophobia and if you suffer, you are terrified of talking on the phone.

Part of me wants to say that I’ll believe nomophobia exists when I see it in the DSM V, but part of me understands that people suffer from this daily. Excuse me while I go obsessively check my phone to make sure I haven’t lost my signal and my battery is still strong.