Peanut Labs is launching its Crowdvibe site today to allow anyone to create quick polls or market research surveys with large numbers of respondents in a variety of targeted markets.

Crowdvibe (at the site Crowdvi.be) taps Peanut Labs’ network of more than 50 million consumers on 200 social networks to get users to fill out online surveys that you create. The cost comes out to a dollar per user or less, which is much cheaper and less hassle than setting up an online research campaign. And you can watch results arrive in real-time, with an average of 40 seconds for the first response. 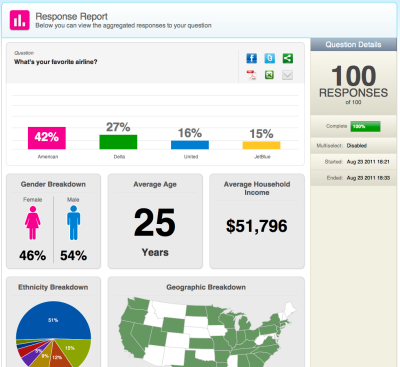 “As speed becomes more of a necessity, we understand the value of time-sensitive research,” said Noman Ali (pictured below), chief executive of Peanut Labs.

That’s a fraction of the usual cost for scientifically valid consumer market research, and the results you get are far less distorted than online polls, which can be thrown off if a biased party shares a link for the poll among his or her friends, Ali said in an exclusive interview.

“We saw a gap where small and medium business could not get consumer insight the way that the big companies could,” Ali said. “Nothing else can get you data so quickly and cheaply.”

Once you create your questions, you can refine the audience to focus on certain vertical markets, such as retail, electronic and mobile commerce, media and entertainment, consumer packaged goods, consumer electronics, travel and hospitality, or banking and financial services verticals. You can pick the age group of respondents, the income bracket, ethnicity, geography, gender, or other lifestyle characteristics.

“It’s a very simple process, as you just fill out the web form,” Ali said. 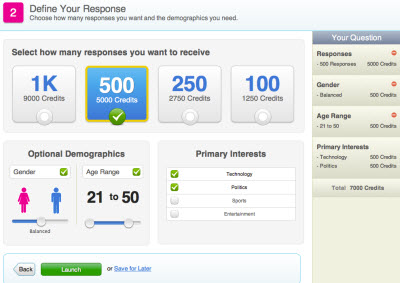 Once you release the survey, Peanut Labs populates it into its network of users. It offers incentives to users on a variety of platforms. If they answer the survey, they get some kind of virtual good in return. That enables Peanut Labs to get a good response rate and to ensure that the polling is scientifically accurate, since the links for the surveys are controlled by Peanut Labs and are not publicly accessible.

Users respond by voting for any one of two to seven pre-written answers for the poll.

One cool feature is that you can watch the results for your survey arrive in real-time.

The service is targeted at analysts, creatives, and marketers who want to bridge the gap between social media and market research by accessing a huge network of people, without spending a lot of money. They can get product opinions, brand perceptions, and a bunch of feedback on marketing campaigns, promotional offers, concept tests, and consumer satisfaction. Companies such as Endemol US, Landor, Takasago, Kaptur, and 360i have been using the product in the closed beta test. 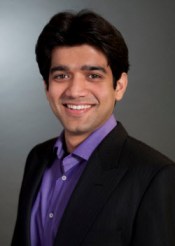 The idea for the service started around June last year and the full team started working on it in the fall. The team has 30 people now and will likely grow to 40 this year. Peanut Labs is owned by online research firm E-Rewards.

The social networks include sites such as Facebook and Foursquare. Right now, the product is a generic one. Over time, however, Peanut Labs might be able to modify it so that it could be particularly useful to fashion or game companies.

“That might happen, but it’s down the road,” Ali said.