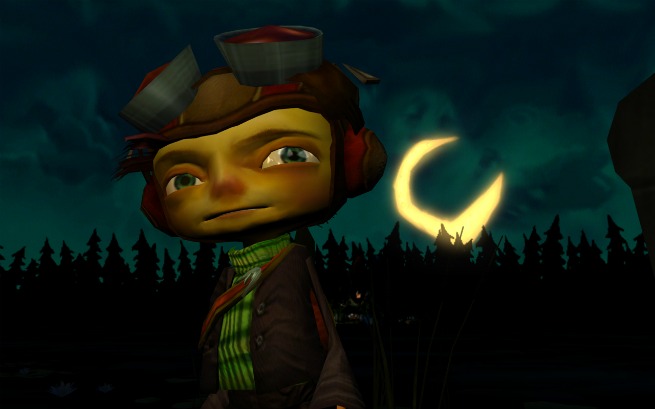 “There’s no hard news to report. So any of those reports that something has actually happened are a little overstated.”

Double Fine’s Tim Schafer has been fielding questions for years about a potential followup to his much-loved 2005 3D platform game Psychonauts. Buzz about a sequel grew even louder earlier this month when Minecraft creator Markus “Notch” Persson expressed an interest in funding the project on Twitter. During a recent interview with VentureBeat, however, Schafer said there’s still a lot of stuff that needs to be worked out first.

“It’s definitely a possibility. Notch and I know each other, and he has some resources, and so it could happen. But I think it’s going to be a while before we’ll be able to figure out what it would take to actually make it a reality,” he said. “Publishers take months to move on a deal like that, and it’s not any one person’s money. In this case, it’s one guy talking about millions of dollars being put into a risky proposition. So, it’s not something that happens overnight.”

Psychonauts follows the exploits of Razputin “Raz” Aquato, a circus performer who runs away to join a psychic summer camp and uncovers a conspiracy to steal children’s brains. Critics praised the game for its unique premise, sense of humor, and charming characters, but most people consider it a commercial failure. Schafer says that has made Psychonauts 2 a tough sell to publishers.

Schafer says he’d gotten used to the idea of Psychonauts 2 not happening, but Notch’s offer has made him re-examine the project again.

“Games are more emotional for developers than I think people realize. [Psychonauts] means a lot to me, and to let it go once and then get it back and let it go again…it’s something that I have a lot of feelings about, so it’s hard to switch gears overnight based on one tweet. But it’s definitely a world and a character that I love and would love to go back to someday.”

VentureBeat will have more on Tim Schafer and his recent record-breaking Kickstarter project next week.