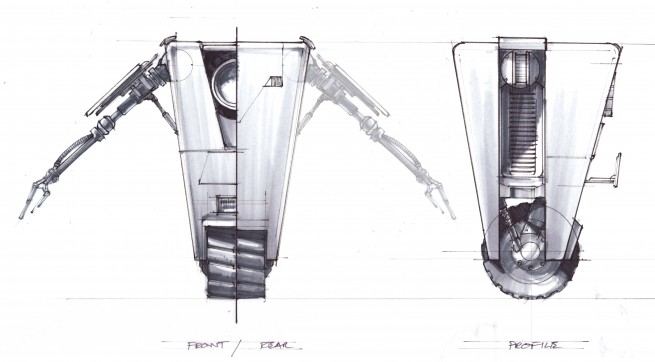 Borderlands 2 is one of 2012’s most anticipated shooters. It’s developed by Gearbox Software, the same team behind Duke Nukem Forever and the upcoming Aliens: Colonial Marines, but the details about the game have been scarce since last year’s unveiling at PAX Prime.

Not content to wait, GamesBeat caught up with Gearbox Co-Founder & CEO Randy Pitchford, Executive VP & Chief Creative Officer Brian Martel, and writer Anthony Burch to squeeze some Claptrap-related information out of the trio (along with the two pieces of exclusive concept art you see above and below). What is the likable-but-occasionally-diabolical tin can up to these days? What role will he play in the sequel? And most important, can robots love?

GamesBeat: One of the more interesting things that you talked about with Duke Nukem Forever was implementing a “gay robot sidekick,” but you said it didn’t fit with 3D Realms’ original vision for that game. With Borderlands 2 coming up — the Claptraps and everything in that lore — you have the opportunity to re-explore that. Is that something you’re considering?

Randy Pitchford: I was actually at the BAFTA awards when I was asked some questions, and I talked about… What I was joking about, and I thought the implication was a little more clear than how I had made it, but what I was joking about was, Claptrap would be in Duke Nukem Forever. Which of course is not the case. Of course, the idea that a robot can have a sexual identity is kind of an absurd one. But it’s fun to play with that notion.

GamesBeat: But then also the idea that a robot could be an interplanetary–

Pitchford: –ninja assassin, right?! [laughs] It’s a little more likely, actually, than a robot re-creating… Sex is a function of biology, the necessity to reproduce, right? Robots don’t need to reproduce that way. Having said that, this character, Claptrap, has emotions, right? He can feel them, and that’s really interesting. And so what we learn is… Love, harmony… We can divorce that from sex. And we can have people that can have love for one another. It doesn’t matter. Gender, species, or even whether they’re robotic or not I was kinda playing with commentary on that level. But I think people interpreted things differently than what I was expressing. I’ll put that on me. I think I was more ambiguous than I should have been when I was joking around there.

“Claptrap just sort of fell into a position in the Borderlands 2 story. Given his popularity, it was just natural.”

GamesBeat: Claptrap’s dialogue and even his dance moves are inspired by countless pop culture references, but what about Claptrap himself? Where did the idea and his design come from?

Brian Martel: It was pure luck. One of our concept artists, Lorin Wood, posted a quick sketch of him as a joke in a task for another one of our projects we were working on. We all instantly fell in love when we saw it and asked him to do some additional riffs as we could picture him being in the Borderlands universe. The rest was history!

GamesBeat: Is it hard to write for the sequel, knowing how high expectations are for Claptrap to be funny and interesting?

Anthony Burch: It’s a bit more difficult. In earlier drafts of the script, I wrote Claptrap much closer to how he behaves in the web shorts: arrogant, insulting, profane, etcetera. It took a bit of internal discussion, and a couple of rewrites, to put Claptrap in a place where fans who hadn’t seen the shorts wouldn’t be shocked at Claptrap’s sudden doucheitude in BL2, while also making sure that he wasn’t just the exact same guy from the first game. It’s been five years, and Claptrap’s had some hairy stuff happen to him — he’s gotta be a bit worse for wear.

GamesBeat: Who does Claptrap see as his primary competition? Is there any internal aim to have Claptrap be more beloved by fans than GlaDOS or Wheatley, or at the very least, the Companion Cube?

So, no. Speaking personally, that’s never been an aim of mine. 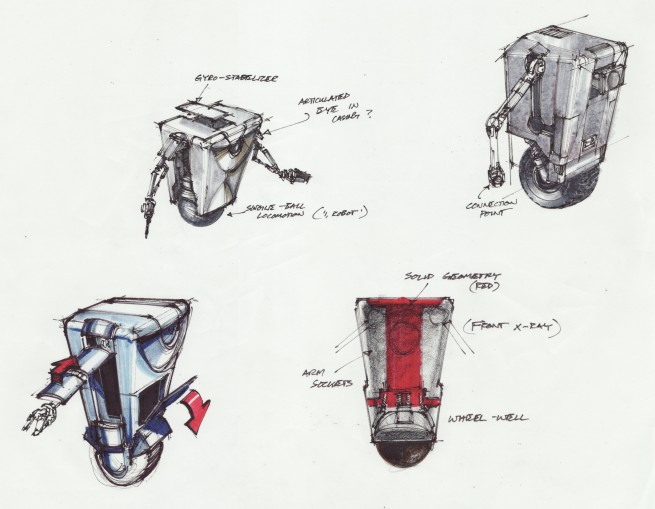 GamesBeat: Aside from the basic Claptraps, there are a number of unique models throughout the original Borderlands: the wooden Jakobs Claptrap in Zombie Island; the hidden claptrap in Fyrestone, and the tuxedoed Claptrap Banker in Mad Moxxi’s Underdome Riot. What are your favorites?

Burch: I like the Jakobs Claptrap — specifically, the bit where he gets sick of waiting for the player to finish a mission and whines, “stop grinding and get over here, already!”

GamesBeat: Where does a Claptrap go from being an Interplanetary Ninja Assassin? That’s kind of like the pinnacle of any robot’s life, I’d imagine.

Burch: You imagine correctly. Claptrap experienced about as much power as any Claptrap possibly could, and now his situation has totally reversed — he’s hiding out in the middle of nowhere, lonely and bitter at Hyperion for ruining Pandora.

After the robot revolution, the Hyperion Corporation wiped out all the CL4P-TP’s except for our original Claptrap friend. He now seeks vengeance for his race, but he employs humorous and slightly pathetic tactics.