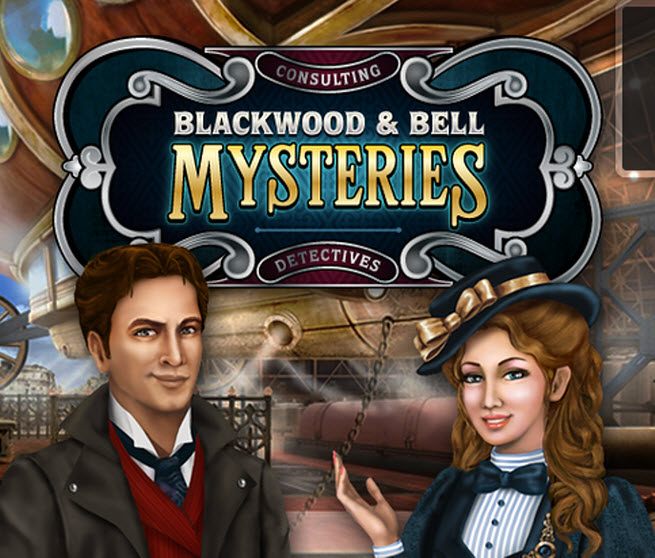 Disney-Playdom is announcing today a new hidden-object game, Blackwood and Bell Mysteries, on Facebook as it tries to stay one step ahead of Zynga in a popular genre in social games.

The game targets older women and is the company’s second title in the hidden-object game genre, where users look at a densely packed scene to find objects hidden within it. While there are a handful of such games on Facebook, there are tons of such titles available on casual downloadable web sites on the web. Games such as Blackwood and Bell Mysteries aim to make these games a lot more social.

The story is deeper and darker than Gardens of Time, which launched early last year and became a huge success for Disney-Playdom. That earlier title remains the company’s largest game on Facebook with more than 7.1 million monthly active users. Blackwood and Bell Mysteries stars two detective agency characters, James Blackwood and Catherine Bell, who scour the world to solve crimes, said Joey Klein, executive producer of the game. The title was made by Disney’s Playdom division in Palo Alto, Calif.

There’s more competition in hidden-object games now compared to last year. Zynga came out with Hidden Chronicles in January and Making Fun just announced its Hidden Haunts game. Hidden object games focus on still scenes, so the animation required for them isn’t technically difficult and the games play nicely on Facebook, which usually is a platform for slow-action games.

“We expected more competition and we think there is space in the market for top-quality storytelling games,” Klein said. “We also expect players can play more than one of these games at a time.”

The Victorian-era game has some interface tweaks compared to Gardens of Time. Users who played the earlier title will know how to play this game. The Blackwood and Bells Mysteries game consists of four chapters with six scenes each in places such as a haunted Louisiana mansion and a ghost ship.

Klein said more content will be released over time as fans race through the content. Clues in each scene guide players toward solving crimes. The game has a number of modes that make it social, such as challenging a friend to solve a scene in a time trial.