There is something extravagant about the release of a new game system: the promise of new and previously unheard of software experiences … hardware that is faster, better, and more capable. It is something that will be around for years and thus promises a level of quality generally reserved for far more expensive equipment.

But the times, they are a-changin’. Consumers expect more from electronics than ever before. Over 50% of Americans own smartphones that not only make calls but run applications and play games — they are quickly replacing standalone media players. Even Sony has experimented with a smartphone game system in the Xperia Play, which has found only limited commercial success.

Even amid fierce competition from products like the iPhone, Android smartphones, and tablets, there is still a burgeoning market for portable video game consoles. The Nintendo 3DS has sold over 15 million units worldwide in less than a year, making it the fastest selling video game machine in history. Can Sony match that success with the more expensive, better connected, and higher-quality PlayStation Vita? 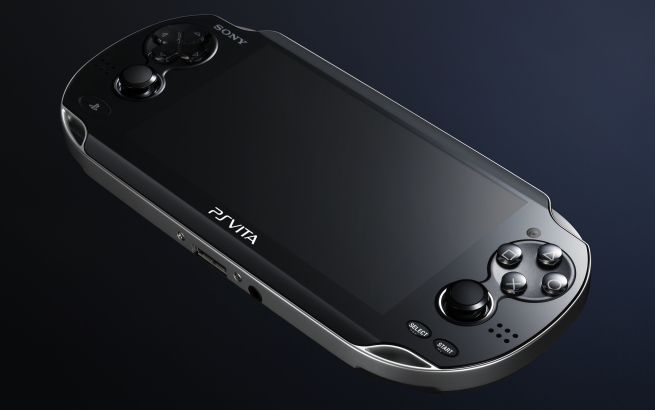 At first glance the Vita appears almost identical to the PSP. It shares nearly all of the PSP’s dimensions, but the Vita couldn’t be more different. It’s sleek, bold, and immediately stunning, unlike the plastic frame every PSP model has shared. The eye wants to look at the Vita’s gorgeous glass front, very crisp labeling, and expertly crafted controls.

The front of the Vita is almost exclusively made of glass, a design shared by Apple’s iPhone 4. The Vita doesn’t look like a kid’s toy; it looks like a serious gadget, a futuristic piece of technology. It isn’t soft around the edges nor does it feel childish. A plastic frame is glossy but easy to grip, and on the back are two finger rests to grip the Vita.

From top to bottom the Vita looks and feels solid. I carried it around in a bag and pockets, and though the glass front did give me pause, the Vita is a stable device. It is huge (3.3″ x 7.2″ x 18.6″ h/w/d and 9.8oz), so don’t expect to carry it in tight jeans or small bag pockets. The build quality is very high, and I had no trouble or worry when holding it in a pocket.

The Vita has a very similar control layout to the PSP and DualShock controller: a D-pad and analog stick on the left, four face buttons on the right, as well as a PlayStation (home/return) button, start and select buttons, two shoulder buttons, volume controls, and power. The Vita is the first portable game system with a second analog stick, which makes traditional home-console-style titles easier to play on the Vita. Nintendo’s 3DS will receive an attachment with a second analog stick, but the Vita has two unique features over the 3DS: a 5″ OLED touchscreen display and an equally large rear touchpad.

The Vita has an OLED display. Not AMOLED, not Super AMOLED, and not any of the other OLED technologies many companies are touting. This seems like a questionable design choice; although Sony first brought OLED into the home with the 11″ XEL-1 TV, OLED displays have been consistently lambasted for a lack of visibility outdoors.

Solutions used by LG and Samsung address that problem in recent smartphones but don’t solve it entirely. At CES Sony engineers I spoke with said that OLED technology is inferior to LCD panels for several reasons: the lack of brightness, inaccurate colors due to over-saturation, and a blue hue to the screen. That’s why the upcoming Xperia S and Xperia Ion will both come equipped with LCD displays. The Vita, by comparison, seems to have a plain old OLED. Sony isn’t marketing it in any other way.

The 960×544 display is one of the most beautiful and vibrant I’ve ever seen and is certainly the best in its size. It isn’t dense at 220ppi (the iPhone’s Retina Display is 326ppi, the HTC Rezound is 342ppi), but for gaming and video it is dense enough. Nearly every problem with OLED displays is gone, eliminated in some way that Sony has not discussed publicly. I’ve tested the display indoors and out and am extremely impressed with both color accuracy and brightness. The only trouble is in direct sunlight, not because the pictures on-screen aren’t visible, but because fingerprints and smudges block the screen. The display doesn’t appear to have an oleophobic coating, so cleaning the screen to better see in direct sunlight is difficult.

It’s an absolute pleasure to view anything on the Vita’s display. Pictures and video are crisp and very clear — more so than on any smartphone or tablet. Games are reproduced on the display in the best possible light, likely better than most TVs can muster. I can’t recommend using the Vita instead of an iPad or Android tablet for watching videos — bigger is better, of course — but if the choice is gaming and watching movies on one or the other, the Vita wins hands down. The 5″ panel on the Vita is extraordinary.