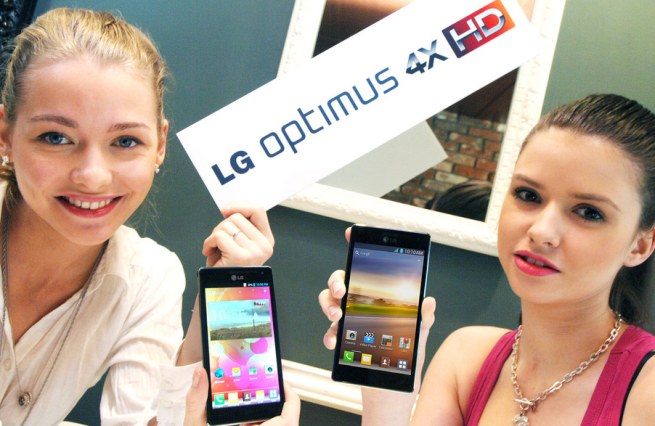 LG was the first company to show off a dual-core smartphone last year, and it has once again beaten the rest of the pack with tonight’s announcement of the Optimus 4X HD, the world’s first quad-core phone.

The news heralds next week’s Mobile World Congress in Barcelona, a major event for the mobile industry where LG will be showing off the Optimus 4X. But you can bet it won’t be the only company hawking quad-core smartphones.

2012 is expected to be the year of quad-core smartphones, which will deliver the obvious benefit of more computing power, but also more efficiency when it comes to power. The additional cores will certainly help make smartphones more capable gaming machines, but they’ll also help when it comes to multitasking, as well as when performing heavy-duty tasks like 1080p video recording and powering LTE chipsets.

The Optimus 4X HD is powered by Nvidia’s Tegra 3 processor running at 1.5 gigahertz. We’ve been waiting a while for Tegra 3 phones to hit the market after it was announced in November. Tablets featuring the chip were glimpsed at the Consumer Electronics Show last month, including the Asus Transformer Prime and HTC Quattro. Like all Tegra 3 devices, the Optimus 4X will be able to take advantage of Nvidia’s “4-plus-1” technology, which offers a low-voltage core for the phone to use when it needs to save power.

It’ll ship with Android 4.0 (we’re hoping this is the standard for all quad-core Android devices), and will sport a 4.7-inch display with a 1280 by 720 (720p HD) display. The Optimus 4X will sport 1 gigabyte of RAM (again, we hope this becomes the standard) and 16 gigabytes of storage.

The phone is expected to launch in Europe in the second quarter, but beyond that we don’t have many details about it. Expect more information to come next week as LG shows off the 4X at Mobile World Congress, and check back here for VentureBeat’s live coverage of the event.