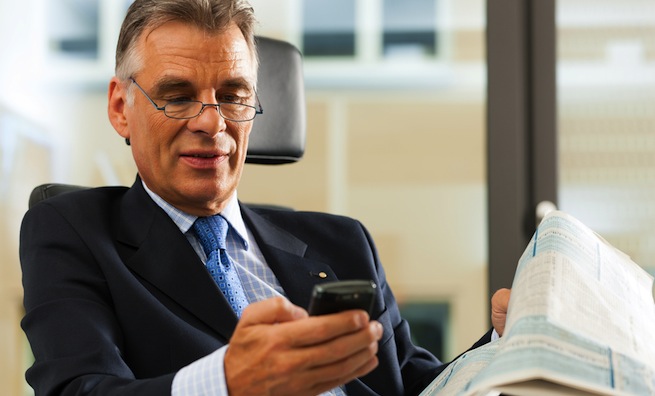 Companies know mobile is invaluable and inevitable. But despite 41 percent of IT professionals fearing external handheld devices, they are moving forward into the mobile enterprise.

According to a survey by Symantec, enterprises officially understand that “application culture” isn’t going away, and in order to succeed they need to be competitive both online and in the App Store. Both the iPhone and Android have significantly altered a phone’s function, making it a productivity tool, as opposed to a simple mode of communication. Currently, 71 percent of enterprises are either looking to, or are actively deploying their own mobile applications.

The expectation is that this kind of technology in the workplace will, in fact, increase productivity — every company’s desire. But Symantec makes the point that most technology implementations don’t get the return on investment they’re hoping for. That is, the cost of implementing outweighs the resulting benefits. But for mobile devices, where 70 percent of companies hope to see more employee productivity, 77 percent actually do see it. The use has become so sticky in the workplace that 59 percent of employees are now reliant on their phones for industry-specific applications.

While mobile may be warming up on IT executives, and presenting itself a new and necessary component for working, 41 percent of survey takers see mobile as a top three IT risk. These professionals are constantly concerned with lost or stolen devices, data breaches, misuse of proprietary information, malware, and a number of other issues. Indeed, the annual cost to an enterprise-level company for mobile “incidents” and upkeep is $429,000. For small businesses, that number exists around $126,000. For small companies that aren’t even profitable yet, that may be a big chunk of change.

For this reason and others, 48 percent of companies say integrating mobile is “extremely challenging.” Symantec suggests that this high percentage of those experiencing extreme challenge is due to wider-spread deployments. Where mobile was once used on a departmental basis, more companies are swinging toward blanket-mobile-policies and are distributing devices or accepting personal devices in workforces as a whole.