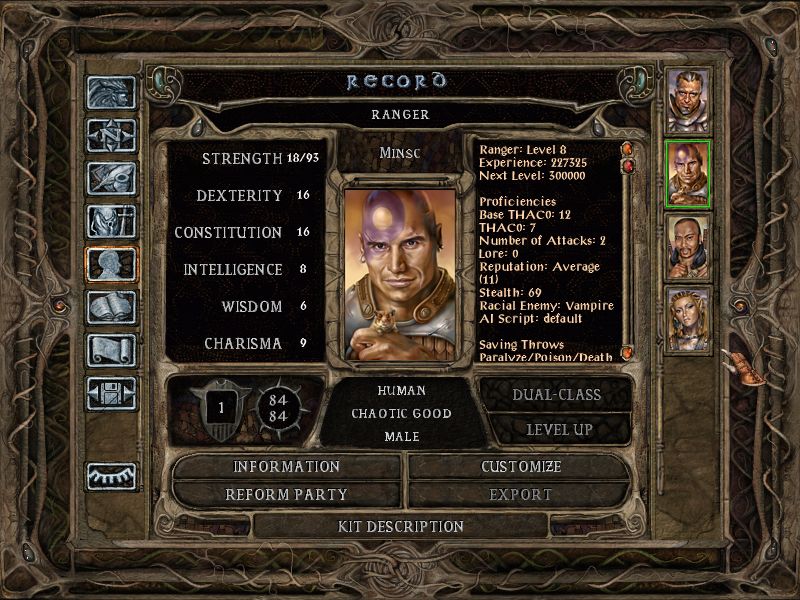 Good Old Games (gog.com), keeper of all things classic and gamey, is currently holding a buy one, get one free promotion for a bunch of Dungeons & Dragons PC games. GamesBeat is going one step further and has partnered up with GOG to give 10 lucky winners (two winners a day for the next five days) two D&D-flavored titles of their choosing, free.

Your mission, should you choose to accept it:

If you don’t win, you can always come back the next day and comment again for another shot!

Baldur’s Gate: The Original Saga and Baldur’s Gate II: Complete collectively received over 10 “Best game of the year” awards from publications such as PC Gamer, Eurogamer, Computer Games Magazine and IGN. They are both rated over 92% on Metacritic, and combined will bring you at least 100 hours of some of the best computer game RPGing you can get for less than ten bucks during our sale. That’s less than ten cents per hour of gaming goodness!

Likewise, the Icewind Dale series [Icewind Dale Complete and Icewind Dale 2 Complete] brought the D&D license to action RPG gaming, first in the old-school 2nd edition, and then with the updated 3rd edition mechanics in the second game in the series. Set in the howling blizzards of Icewind Dale, these action RPGs feature incredible in-depth tactical combat and just enough story to propel you along to newer and greater battles.

Planescape: Torment is another one of those games that every RPG player needs to have on his or her shelf. Winner of multiple RPG and Game of the Year awards in 1999, it is widely considered as one of the best storytelling RPGs in gaming history. With a gentler gameplay difficulty than some of the other AD&D-licensed games Planescape: Torment makes an excellent entry into the Hasbro D&D games for someone who’s new to the genre.

Neverwinter Nights: Diamond Edition is not only an incredible game in and of itself (It’s a recipient of several critic awards for best RPG game of the year), but it has one of the most enthusiastic modding communities of any RPG ever created, and the quality and variety of adventures you can go on after you’ve finished the main quest are truly staggering. This game is literally one you could play for the rest of your life, if you were determined to get through every single user-created campaign.

Dungeons & Dragons: Dragonshard is a fascinating blend of RPG and RTS. While it is not the first D&D RPS, it is the first one set in the Eberron world, and it uses the fascinating mythos of Eberron to good effect, drawing the player into a complicated many-sided struggle over an artifact of immense power. Not an RPG in the traditional sense, it is a very interesting use of the D&D license, and one that received positive reviews for its two-layered tactical approach and fun gameplay.

Forgotten Realms: Demon Stone is an action RPG with some interesting tactical elements to go along with the usual hack and slash of the genre. The game never gets dull because it has three characters, each using a different style of combat, and the player can switch out the active character at any time. The voice acting is filled with star talent like Patrick Stewart and Michael Clarke Duncan. All told, it’s a whirlwind RPG with a fast-paced story and plenty of monster killing–a great example of action RPGs that any fan is sure to love.

Finally, Temple of Elemental Evil is not only a great tactical RPG based off one of the most famously brutal old-school tabletop RPG modules, it’s also FREE FREE to you with the purchase of any other Atari D&D game during this sale! If you’re hankering for one of the tougher tactical RPGs you’re likely to play any time soon, be sure to pick up any of the Atari Hasbro D&D games this week and you’ll be rewarded with this as well!