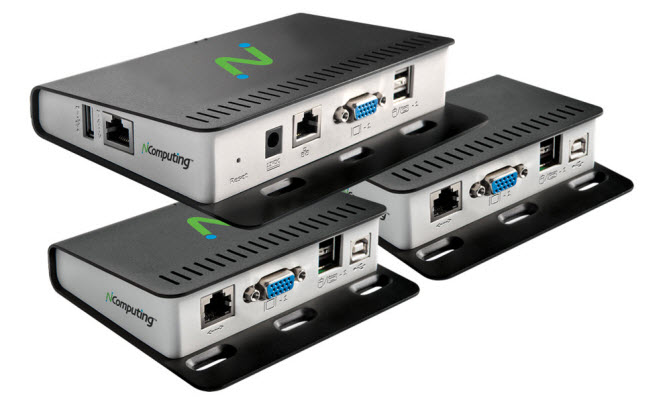 NComputing is marching forward with its mission of driving computing costs toward zero. Today, the maker of thin-client shared computers is announcing a system that allows three times as many users to work on a single machine at a third of a cost of a personal computer. 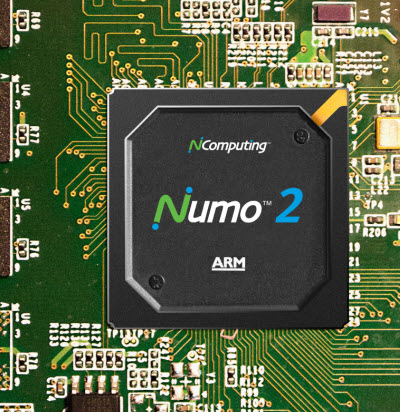 The M300 3-in-1 thin-client kit exploits several innovations, including version 2.0 of NComputing’s Numo chip, which essentially packs the capability of three computers in a single chip for a thin client.

These thin clients use a single PC that acts as a server. The PC carves out time slices for each user, like the old mainframe computers which performed tasks for different users one after another, allowing many users to share one machine.

“It’s about lowering the cost of computing,” said Raj Dhingra, CEO of NComputing, in an interview. “This is changing the game for thin clients.”

The machine is available worldwide and is targeted at local workgroups from 3 users to 45 users in places such as classrooms, labs, libraries, shared offices, business centers and call centers.

The M300 exploits the second-generation Numo 2 chip capability, which triples the user count and dramatically offloads processing from a server and minimizes the amount of power required.

“Our magic sauce is reducing the bottlenecks in the system,” Dhingra said.

The M300 also leverages the Numo 2 chip to support three users on a single Ethernet port using a single power plug. And it also uses the latest incarnation of the vSpace server software, which now supports up to 45 concurrent desktop sessions on a single host PC. Together, these technologies enable the M300 to lower cost of acquisition and energy costs by more than 75 percent. It cuts networking costs by 67 percent and reduces support costs by up to 75 percent, Dhingra said. Information technology professionals can install it in a matter of hours.

Earlier versions of NComputing’s technology now have more than 20 million daily users in 140 countries. The company has raised more than $36 million in funding from Scale Ventures and Technew Corp. It competes with rivals such as Wyse.