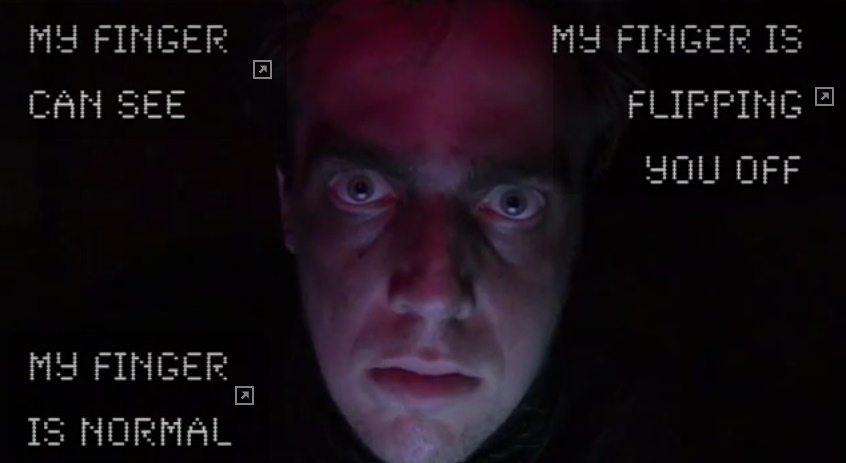 John Robertson has created a monster. The Australian stand-up comedian’s YouTube adventure game The Dark Room has been played over 220,000 times in less than three weeks. While many have entered The Dark Room, few have found their way out, and the comments on YouTube are filled with cries of despair, from players trapped in Robertson’s devilishly clever puzzle-box adventure.

Channeling the spirit of classic text adventure games, Robertson’s Floating Head character mocks and chastises players as they fail to so much as switch on a light. I spent nearly an hour being berated by The Floating Head yesterday and came nowhere near discovering the near-mythical “good ending.” Resisting the urge to unplug my computer, I instead got in touch with Robertson, to ask about his inspiration and to find out if he will ever reveal the solution to The Dark Room.

GB: It is fascinating reading the comments on YouTube, as people are playing The Dark Room but hating it at the same time. Did you realize how much of a visceral reaction the game would inspire when you made it?

JR: Well, I “playtested” it by doing it as a stand-up bit in front of 1,400 people at Wai-Con, the best anime convention in Western Australia, and I nearly started a riot…so I kinda knew it’d get some kind of response!

It makes me happy — I wanted to make a game that could entertain and frustrate and delight and mystify, and the comments let me see that in action. Some folks love the humor, some hate the puzzles, some hate the abuse, some love the abuse! It’s an emotional journey. The thing that gets me is how delighted people are when they hit the screen where I burst out of the room and beat them to death. It’s surprisingly popular!

GB: Are you getting a different reaction from your live crowd, or the man in the street, since the game came out?

JR: Not yet, but then, thank God, I don’t look too much like The Floating Head. I mean, I’ve got a body.

GB: Things are very different from the days of the classic text adventure, where getting stuck with no Internet guides was pretty much game over. How much of The Dark Room is deliberately recreating that feeling?

JR: Heh, I wanted to bring back that unforgiving feeling of old-school gaming. Old games were limited by your imagination — and whatever the makers of the game wanted you to imagine. The fun was finding the odd stuff, writing things like, “F*** you” and getting a message like, “Not in a million years, kid.” It was magical!

I mean, it used to be an accomplishment if you could make anything happen in a game, but God, you felt good once you did! So I made a game where nothing appears to happen — or does it? — and there’s a ton of weird stuff to find on the way.

Hell, on the comments again, the folks who’ve hit the good ending are so happy that it makes me happy — and I’m a tremendously cynical person.

GB: Is it true that 700 or so players have actually found the “good” ending to the game? Any plans to release a guide or put the rest out of their misery?

There will be a user guide added on a particular date, but getting a copy will be its own adventure for whoever wants it. 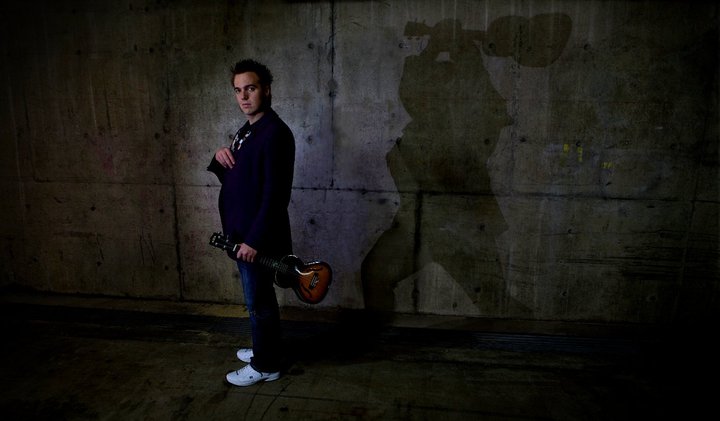 GB: How did the idea of transferring the game to YouTube come about? Are there any other experimental YouTube videos you took inspiration from?

JR: Heh, it came about incredibly quickly. I was getting e-mails about The Dark Room as a stand-up bit. I looked at my camera and laptop and lava lamp and knew I’d use YouTube, because that’s where I’ve placed my work in the past — and I’d seen annotations used around the site and thought, “Well, I could expand on that idea infinitely.”

GB: Can I ask how many parts there are in total? How did you physically map it all out?

JR: I can’t give you either of those answers, because I keep adding to it!

GB: Do you have any plans to add further sections or Easter Eggs to the game?

GB: Will we be seeing any further creations of this nature? Maybe an iOS version?!

JR: Yes and yes. The next unrelated adventure will be called “Are You Polite?” More Dark Room is coming — a lot, lot, lot more — and I’m working on the iOS. First thing anyone said to me was, “I can’t make it go on my iPad!” I’ll fix that, don’t you worry.

GB: Your comedy takes a lot of inspiration from classic video games such as Pong, Street Fighter, and Final Fight. Are you still a gamer? What are you playing at the moment?

JR: I’m definitely still a gamer, but I love the old stuff. Most nights I fire up the Xbox 360 and tear apart long narrative games like Red Dead Redemption, whatever fighting games I can find, and every single THQ wrestling game that’s ever been released. My girlfriend and I may also have been known to spend many an hour on the various Lego games. And that is not even remotely embarrassing.

GB: Have you performed in the U.S. before? Any plans to go there, or go back, soon?

JR: I haven’t, actually! Would be grand to pop over. I’d really like to film some stuff in the U.S. — I mean, The Dark Room’s been filmed on a trampoline in Australia, in a cupboard in Singapore, and a toilet in London. What have you got, America? Who wants me to come to their house? I can promise screaming and fear!

You can play The Dark Room by clicking on the video below. Go on. You know you want to.

You can also check out what John Robertson is up to on his official website. Heck, maybe you could offer him a place to crash, to try and persuade him to come to the U.S. Just pray he leaves The Floating Head behind.