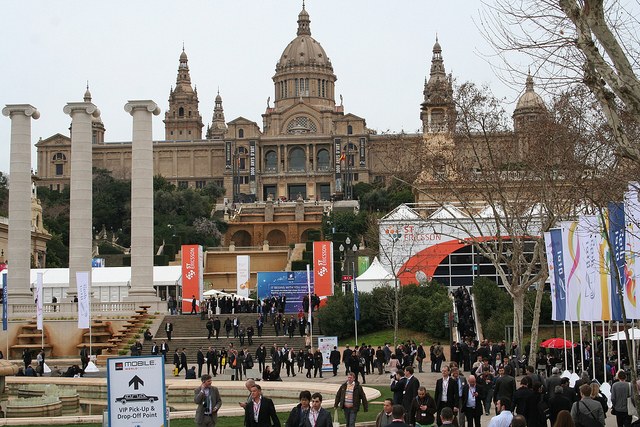 More than just a getaway for fine tapas and wine, Barcelona is also home to one of the most important events in the mobile industry, Mobile World Congress. The event, which begins on Sunday at the Fira de Barcelona conference center, is where the world’s mobile phone makers gather to show off the technologies they hope will dominate the coming year.

It’s coming at a key turning point in the mobile industry, where faster processors, faster connections speeds and increasingly versatile devices are enabling a whole new class of applications, like mobile shopping, mobile media, and mobile in the enterprise.

The event will attract more than 60,000 attendees this year. VentureBeat will be on the ground this year to cover all of the breaking MWC news (and hopefully a few parties).

We’re only one month beyond the Consumer Electronics Show, so it might seem like there’s not much left to announce at MWC. But this year’s CES was a bit of a bore, especially when it came to mobile announcements. It seems that many companies have instead saved their big announcements for Mobile World Congress.

VentureBeat is also in the midst of preparing our second annual Mobile Summit, so it’ll be interesting to see just how much MWC jibes with our predictions for the biggest mobile topics of the year.

Here’s what we’re most excited to see at the show:

The rise of quad-core phones

We’ve known that smartphones featuring quad-core CPUs, like Nvidia’s Tegra 3, are set to make a splash this year, but up until now they’ve mostly been mostly theoretical. At Mobile World Congress, manufacturers will finally be showing off their first quad-core devices, which promise even more computing power and battery efficiency than existing phones. LG has already kicked this off by announcing its Optimus 4X HD smartphone this week.

ARM is also working on its latest dual-core CPU platform, the OMAP 5 chip based on its upcoming Cortex A-15 architecture, and it’s reportedly even faster than quad-core chips available today. Basically, no matter how many cores your next smartphone will have, it’ll likely smoke whatever is in your pocket right now.

At first, Microsoft’s decision to unveil its Windows 8 Consumer Preview at Mobile World Congress seemed like a strange decision. For most people, the preview will be just another desktop operating system like past versions of Windows. But the MWC launch is significant when you consider Microsoft’s mobile ambitions with Windows 8 — remember that it’s equally suited for tablets, laptops, and desktops. And with the impending arrival of Windows on ARM devices, which will more closely resemble iOS and Android devices, it’s clear that mobile is a big deal for Microsoft this time around.

Samsung playing Apple, again, by not announcing what everyone wants 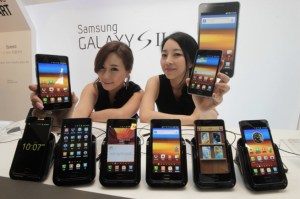 At CES this year, it seemed that Samsung had reached an apex of hype and excitement for its products, something that’s normally reserved for Apple. Samsung is taking things a step further at MWC by refusing to announce its most highly anticipated mobile product, the Galaxy S III. It could be that the phone just isn’t ready to show off yet, but more likely Samsung aims to control the entire experience of its unveiling with a huge event of its own.

As for other devices, we’re expecting even more Android tablets (seriously Samsung, it’s okay to stop at some point), as well as possibly a larger version of the Galaxy Note.

Once one of the top Android manufacturers, HTC, has taken a beating in recent years by Motorola and Samsung. Partially, that’s due to HTC’s habit of releasing a slew of near-identical Android phones. Since that’s clearly not a winning strategy, the company said last month that it will instead focus on releasing fewer, higher quality devices. We may see the first signs of that new strategy at MWC, where HTC is rumored to announce the Endeavor, a quad-core 4.7-inch superphone.

With an event like Mobile World Congress, I’m particularly interested in digging up new and interesting companies that don’t typically get much coverage in the U.S. Being based in Barcelona allows MWC to attract companies that can’t afford the trip for big U.S. events like CES. After the over-hyped press conferences and keynote events are over, I’m looking forward to strolling the show floor and finding some hidden gems.

If you think your company fits the bill, feel free to drop me a line at devindra@venturebeat.com.

At our upcoming Mobile Summit, which will be held on April 2-3 in Sausalito, Calif., we’ll be discussing some of the biggest trends in the industry this year. Judging from my packed MWC schedule, I’ll be encountering many of the same themes in Barcelona, like mobile shopping, mobile media, and mobile in the enterprise.

The big takeaway I’m already gathering from Mobile World Congress, as well as our own events, is that the mobile industry is now going through a new phase of maturity. Tasks that we’ve traditionally accomplished on computers are not only moving to mobile, they’re being improved by mobile. And perhaps most importantly, the rise of cheap mobile mobile devices and ubiquitous cellular networks is bringing the promise of computing to just about everyone.