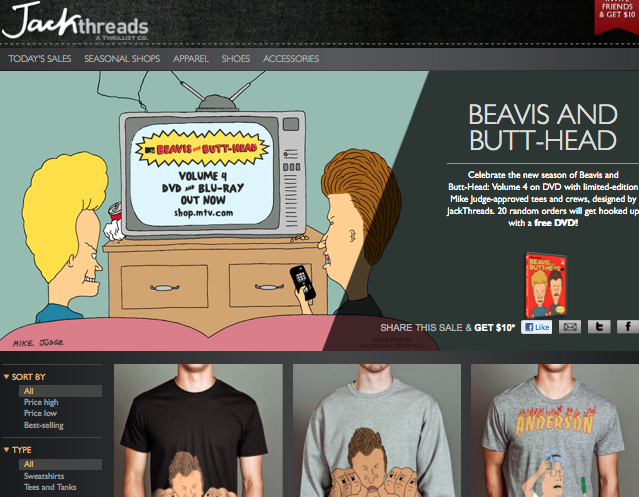 For Shane Rahmani, who spent the past four years working on digital strategy and operations at MTV, moving to Thrillist, a lifestyle company aimed at hip, young men, wasn’t too bad of an adjustment.

“Actually, it was kind of like keeping it in the family,” he told VentureBeat during a recent interview. Makes sense, given that Thrillist founder Ben Lerer counts Bob Pittman, founder of MTV, as one of his closest advisors.

Thrillist has been growing like a weed and recently announced that it was henceforth going to be a “media” company. Rahmani, who is the company’s first ever business development hire tried to explain the subtle importance of the shift in title.

“We’ve always had a focus on building a really strong voice and connecting commerce and editorial content. The guys we speak to are an elusive, affluent demographic, and their BS detector is finely tuned. As a media company, we’re able to offer big brands a way to target that group in a way that reaches them.”

Case in point is MTV which partnered with JackThreads, the flash sales site that Thrillist purchased back in May of 2010. The acquisition prompted a round of “media meets commerce” headlines. Rahmani helped to set up a partnership for the release of MTV’s iconic Beavis and ButtHead on DVD and Blue-Ray. JackThreads brought in a design team who pulled inspiration from Thrasher Magazine and lent the merchandise some much-needed street cred.

Thrillist is essentially offering itself up as a turn-key e-commerce platform. You’ve got a venerable product you want to sell, but don’t have the chops to start something from scratch in the fast paced world of online commerce. Thrillist will help with the creative and move merchandise through to the millions of followers on their e-mail list and Facebook page.

“We’ve built up a lot of trust with these guys over the years,” says Rahmani (not to mention a lot of data). “Now we’re committed to finding high value partnerships that fit with what Thrillist has always been about, and keep expanding the scope of what our company can do.”