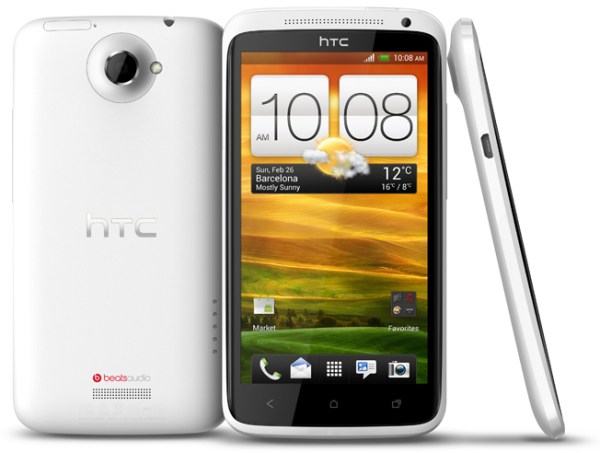 Just how much does your smartphone’s camera matter to you? With its latest flagship Android line, dubbed HTC One, the Taiwanese phone manufacturer HTC is hoping that a killer camera is just enough to sway you over to its phones.

Those killer features include the ability to take video and photos without switching modes (something that wastes precious seconds), as well as near-instant camera app launching and autofocus. HTC is calling its combined new photo technology ImageSense, which CEO Peter Chou describes as “the power of a true digital camera on your phone.”

Chou unveiled the One series of devices, which includes the HTC One X, One S, and One V, at the Mobile World Congress today to a packed room. He said that taking photos was the second-most common thing consumers did with their phones, so the company saw a huge market reason to focus on helping people take better photos.

Thanks to ImageSense — which is an all-encompassing term to describe tweaks HTC has made to the camera lens, sensor, user interface and software — Chou says that HTC One phones can launch their camera app in 0.7 seconds, and they can autofocus in just 0.2 seconds. Other tweaks are sure to appeal to camera fanatics. For example, the phones can take a burst of photos simply by holding down the shutter button, and they can automatically adjust the flash level to keep subjects from looking washed out.

Perhaps best of all, the HTC One phones will let you easily take a picture while recording a video.

The new camera capabilities will be included in HTC Sense 4, the latest version of the company’s custom Android software. In addition to photos, the new phones will offer Beats integration with music from any source, be it on your device or streamed from the web. The One series will also include 25 gigabytes of free Dropbox storage for two years, and thanks to Sense 4, they will be able to automatically sync music wirelessly from your computer.

The HTC One X is the flagship device in the new series, with a 4.7-inch screen, 720p HD resolution, and quad-core Tegra 3 processor. HTC will also offer an LTE variant of the One X that will run Qualcomm’s Snapdragon S4 platform. The One X features a unibody polycarbonate design — a necessary upgrade for HTC, as its past phones weren’t the most durable devices.

Not surprisingly, the One S and One V are meant to serve mid-range and low-range customers. The One S is smaller than the X and features an anodized aluminum case. HTC didn’t hype up the One V much at its press conference, but we expect it to eschew the fancy case designs and large screens in exchange for a more affordable price.

HTC is also taking a different strategy this time around when it comes to bringing these phones to the public. Instead of slowly rolling them out across different regions, the One series of phones will launch globally in April. Chou said that 144 carriers around the world have already signed on to offer the phones.