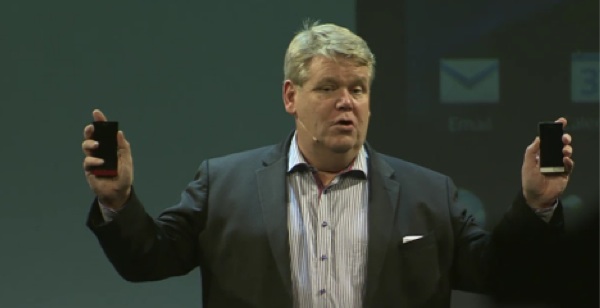 Altogether, the phones make up Sony’s new “Xperia NXT” brand. More than just being the next generation of Xperia handsets, the NXT series shows how Sony can take command of its mobile future now that Ericsson is out of the picture. The company has already released a slew of Android devices under the Xperia name, but none of them have been smash hits.

At the press conference, Sony CMO Steve Walker described each phone as having “a very unique personality.” Indeed, all of the NXT models have different key features. The Xperia S is the best for viewing HD content, thanks to its 720p resolution display and large 4.3-inch screen. The 4-inch Xperia P sports a screen with the same 720p resolution (making everything look slightly more sharp than the S), and a new technology called “White Magic” that makes it ideal for outdoor viewing. You can also plug the Xperia P into a dock to output its display to a TV, as well as control it via keyboard and mouse.

The Xperia U is the runt of the litter, since it has the smallest screen at 3.5-inches, but its portability (and likely slightly cheaper price) could be appealing to those who don’t want large phones. (Don’t forget that the iPhone 4S still sports a 3.5-inch display as well.) The U is powered by a 1 gigahertz processor and includes “xLoud” sound processing, which will likely help it make your tunes sound better.

All of the phones feature near-field communication (NFC), which will work together with Sony’s Xperia Smart Tags, tiny modules you can place anywhere to easily change your phone’s settings with one tap. For example, you could easily reconfigure your Xperia phone for use in the car by placing a Smart Tag somewhere on your dashboard.

It’s worth nothing that tonight’s press conference at MWC was the company’s first showing with its newly renamed Sony Mobile division. The Xperia P and Xperia U don’t seem that remarkable on their own, but their existence shows that Sony is now getting better about creating a unified Android brand, something that could help the company better compete against Samsung and Apple.

The company’s other flagship phone, the Xperia Ion, is still in the picture, but I won’t be too surprised if an updated version of the Ion eventually falls under the NXT brand as well.

The Xperia S is now shipping globally, and Sony says that both the P and U models will be available in the second quarter.