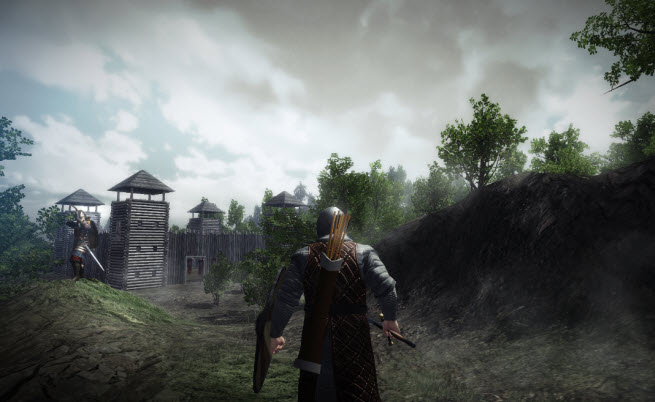 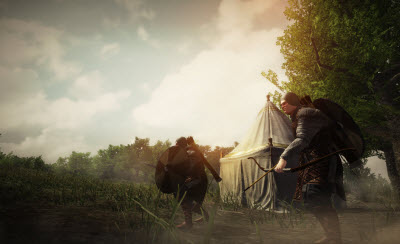 The company is already one of the biggest players in online games thanks to licensed titles such as Battlestar Galactica Online, which has more than nine million registered users. It is using big brands such as Game of Thrones to get an edge with its free-to-play online games.

The Game of Thrones TV series was inspired by George R.R. Martin’s fantasy book series, A Song of Ice and Fire. Since the HBO series debuted, video game fans have been chomping at the bit to see a game adaptation.

Martin and HBO spilled the news about the game last year, but Bigpoint hasn’t had a chance to show off its work until now. Bigpoint’s new web site for the game offers you the chance to sign up and “die for your house.”

Bigpoint grew big as a browser-based game publisher in Hamburg, Germany, but in the past couple of years it has expanded into the U.S. and moved its headquarters to San Francisco. The company will show a sneak peek of the game, a browser-based massively multiplayer online role-playing game (an MMORPG that doesn’t require a long download) at the upcoming Game Developers Conference next week in San Francisco.

The game will be set in the fictional medieval world of Westeros and its Seven Kingdoms, where summers can last for decades and winters can last a lifetime.

“With a rich and complex story, expressed through an amazing level of detail, it’s easy to see why the HBO series … has amassed an army of fans worldwide,” said Heiko Hubertz, chief executive and founder of Bigpoint. “We intend to build a game that resonates intimately with its diehard community of followers, while also creating an authentic gaming experience that attracts newcomers to the franchise. The excitement of online games is that, over time, their collective input will help shape the game’s destiny; we’re eager to see how the story unfolds.”

Bigpoint plans to create high-end graphics to deliver a “visceral gaming experience” and capture the “bloodthirsty struggle for power, corruption, and deception” from the series. Players will have to master both combat and politics to ensure survival of their dynasties.

David Benioff and D.B. Weiss of HBO said the series can be naturally extended into a game, which is one more example of transmedia, or the exploitation of a popular property across books, televisions, games, and other media. Norwegian game studio Artplant will develop the title for Bigpoint on top of the Unity 3D development platform. Artplant helped develop Battlestar Galactica Online.