Living in rural Ohio affords me certain opportunities others don’t get to enjoy. For example, few know the simple pleasure of completely understanding the following analogy: “Like a cow pissing on a flat rock.”

Being in such a decidedly non-urban environment, I need to rely on highways and interstates for a great deal of my travel. From time to time, I am also blessed with the privilege of paying to drive on a road with an extra lane in it.

Yes, the turnpike. As a child it represented a thing of great evil, for in a time before GameBoys, the mere mention of it threw my brother and me into biologically confusing fits of anticipatory ennui (and on one occasion a particularly nasty preemptive leg cramp).

As an adult, the turnpike merely turned into a forgone necessity. Until last Thursday that is, when the turnpike became much more — and Eddie showed me the wonders of the open road.

Whoa, whoa … dude. Is this going to get all "Lifetime Special’"on us? Is Eddie a bad man?

No, no, no. I mean, he might be. I don’t know. But if you’re good at reading between the lines or are particularly gifted with headline comprehension, you’ve now pieced together that Eddie is merely the individual on the turnpike with whom I had my first StreetPass with my Nintendo 3DS.

I feel compelled to repeat that this occurred on the turnpike. I … I don’t mean that I passed a person at a rest stop who was packing a 3DS, and I don’t mean there was a kid with one in the back seat of a car paying its toll. I mean I got a StreetPass, driving at 65mph (and no more), passing a semi, which was also … driving. 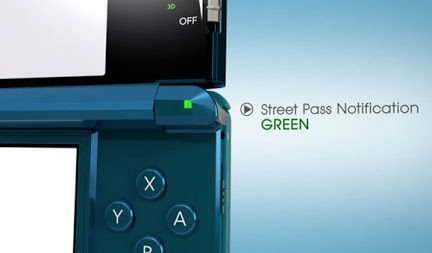 Words cannot describe my surprise. If my bi-annual trips into "The Big City" had yet to yield any Pass action, what hope would I have of ever getting one?! But here, in the early morning nothing of the turnpike, my little green light started to blink.

I pulled over immediately and opened my 3DS, and that’s when I met Eddie. In my plaza, a smiling, mustachioed Mii wearing a red knit cap said, “What’s up?” and proudly stated that he was currently playing Super Mario 3D Land, which I was also currently playing (though, not while driving).

It’s difficult to describe the particular brand of kinship shared by two complete strangers playing the same game, who had undoubtedly surprised each other with a random StreetPass on a road of all places. It’s like walking past a house at night and seeing a family watching Goonies, because you’ve instantly confirmed their good taste in movies and suddenly have this amazing thing in common with them — though only through a selfish act of voyeurism. 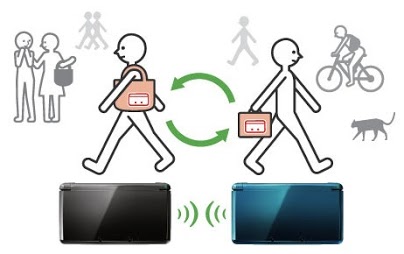 The figurative din of constant “pokes” and “pushes” in social media can be louder than the snoring at a John Tesh concert. But the Nintendo 3DS finesses these notifications into the StreetPass experience, seemingly proving to those who use it that it’s definitely better to engage your audience than enrage it.

In a brief instance, without words, Eddie and I had stumbled onto that elusive common denominator so desperately sought when you meet someone you don’t know. There was no fumbling around with talk about the weather or how we like our steak, or how he wished Ross Perot would make a comeback. There was just a love of games — just how I like it.