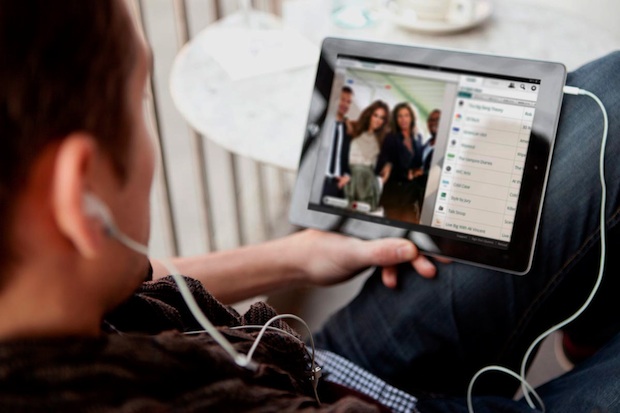 File this one under bound to happen. IAC’s new service, Aereo, which charges users $12 a month to stream the basic TV networks and a selection of cable channels, is the target of a lawsuit filed by Fox, WPIX, Univision, and PBS. They want to shut Aereo down and collect damages for unlicensed use of their content.

“No amount of technological gimmickry by Aereo — or the claims that is simply providing a sophisticated set of ‘rabbit ears’, changes the fundamental principle of copyright law that those who wish to retransmit Plantiff’s content may only do so with Plantiff’s authority.”

Aereo uses an array of tiny anntenas to capture broadcast signal and convert that into streaming video that can be watched live on the web without a delay. This is the crux of their legal defense, as Investor Place notes:

Legal disputes have laid low past attempts at similar services. Ivi TV, a service almost identical to Aereo, was shut down by a federal judge in New York after content providers sued on the grounds that their services, rebroadcast online, were stolen. Aereo plans to work around this sort of entanglement through its network of tiny antennas, thousands of which are arrayed around the borough of Brooklyn. It’s a license to use those antennas, which are receiving broadcast signals, that Aereo customers are actually paying for. Still, Aereo and IAC are bracing for legal disputes. 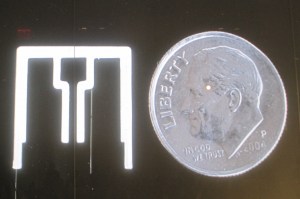 Above: The tiny Aereo antenna

Companies like Disney and Time Warner chose not to have their cable programs streamed on Aereo. But the networks were given no choice in the matter.

“You can think of each of those little antennas with a name on it,” IAC chairman Barry Diller said at the Aereo press conference. “It’s entirely consistent with the basis of over the air broadcast. If you have an antenna, you can receive TV without an intermediary.” That is true, but rabbit ears also don’t charge a monthly subscription fee.

Here’s a PDF of the court filing with all the legal details.

As Peter Kafka points out, one of the reason’s Aereo raised $25 million in venture funding was because they expected to do battle in court. We’ve reached out to IAC and Aereo investor First Round Capital for comment.

UPDATE: Brian Stelter, who covers TV for the New York Times, is reporting that ABC, CBS, and NBC have jointly filed a second lawsuit against Aereo.