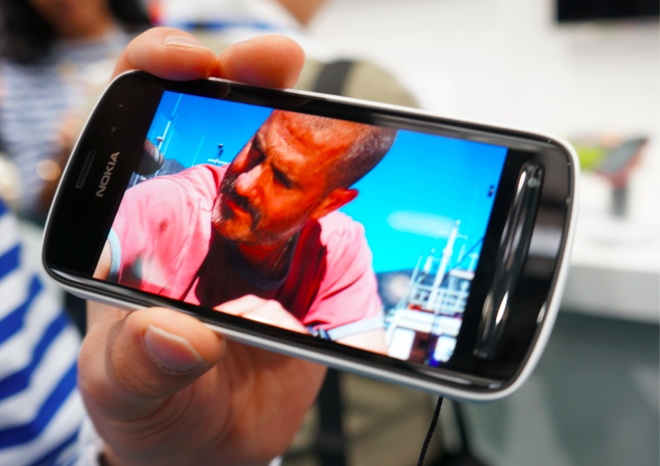 A panel of judges selected the PureView as their top device of the show — likely not because it’s a smartphone everyone will want (it’s still running a dated OS), but because it was the only device to truly surprise us at Mobile World Congress. HTC’s One series phone was close in the running, and other devices, like the Samsung Galaxy Note 10.1 and Asus PadFone, were also on the short-list for the award.

“It’s a fantastic award because it signifies that consumer experience counts,” Nokia EVP of smart devices Jo Harlow said to the Nokia Conversations blog. “It’s about tech, but it’s about how tech is used to make a consumer have a fantastic experience. … These are first signals that we are executing against our strategy,” she added. “That we’re back. That we’re bringing great products to our consumers — and that this is just the beginning. There’s lot more to come.”

The PureView camera technology on the Nokia 808 is more than just hype. A Nokia engineer explained to us how the camera gets such killer shots, and the company has also put some excellent sample shots online at Flickr.

Thankfully, Nokia has said it intends to bring the PureView technology to future phones, so you can expect to see killer cameras in some Windows Phone devices from Nokia within the next few years.