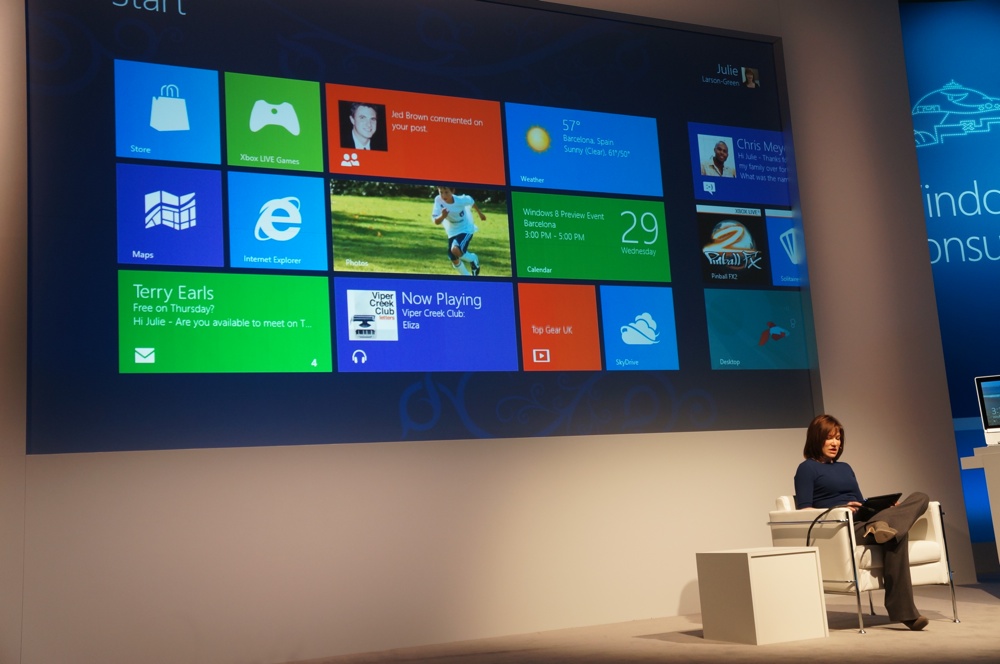 Clearly, people are excited about the new Windows 8 operating system. The Consumer Preview was downloaded one million times since it was released just one day ago on Wednesday in Barcelona.

A tweet went out from the Windows 8 team this morning highlighting that “one day later…one million downloads of the consumer preview,” which shows just how eager the public is to get their hands on the new OS.

The number doesn’t mean that one million people have downloaded it, Engadget was quick to point out, but nonetheless, one million downloads is an impressive feat.

The interface of Microsoft’s forthcoming OS embraces Microsoft’s Metro theme already seen on the Xbox and Windows Phone 7. It also features an app store, a la Mac, and a complete rebuild of the architecture behind the operation system.

One million downloads it’s a nice show of traction, but most of the general public won’t download the Consumer Preview. The real test of Windows 8 will come when it hits stores. Perhaps the OS will blow us away enough that we can forget Vista ever existed.