A version of this post originally appeared on SGEntrepreneurs. We’re publishing with permission.

Mobile apps may be all the rage right now, but startups are still doing very interesting things in the web space. Here, we present you the good, bad, and ugly of the web technology companies that presented at DEMO Asia yesterday.

As a business, Fitness Buffet shows a lot of promise. I’ve written about them once before, and I’m glad to see that they’re getting validation from the Sages, who have a lot of good things to say about them.

In a nutshell, Fitness Buffet is a service that offers a wide variety of special deals at a fixed price of $99. Customers who sign up receive a whole list of deals that they must redeem by a set date. 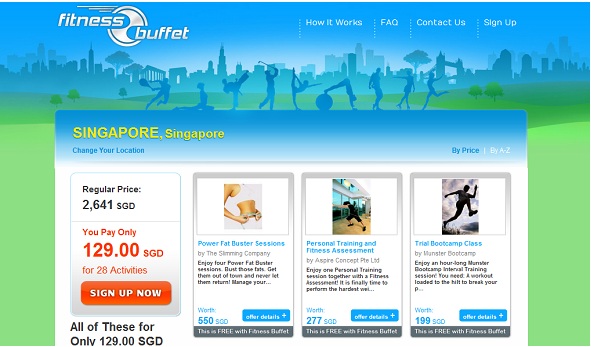 From a business standpoint, it makes a lot of sense, as the company’s able to generate revenue very quickly. It’s also scalable — all it needs are local partnerships to secure the deals in various countries. Fitness Buffet also appears to be a first mover; I don’t see many websites doing similar things.

I do think Fitness Buffet has one thing in common with group buying sites, though: They’re both easily copied. Which means Fitness Buffet must aggressively expand iinto multiple markets. It seems to be doing that: Callum announced that the company’s aiming to reach 500 cities by the end of the year. It’s in 44 right now.

Upon entering the website, users will see a list of activities they can participate in. They will also be able to track which of their friends are checking out the event. The website does this through your Facebook account. Besides checking in to an activity, users can vote on timings for the event and chat with one another. The company plans to monetize through listing fees. Airlines, hotels, and tour agencies can pay to have their services suggested to users.

It’s simple, elegant, and fulfils a niche. It’s suitable for events that aren’t as complex as an overseas trip and not as simple as a date to the movies. Its social discovery component makes it special.

The revenue model is quite straightforward. too, although the company’s immediate focus would be to gain traction and the loyalty of thousands of users in order to generate substantial profits.

I think most people agree that PlayMoolah, a fun online platform where kids aged six to 12 can learn about money, is a great idea. The founders seem confident and knowledgeable about their industry. “Think Mint.com meets ClubPenguin,” said Lee Min Xuan, co-founder of PlayMoolah, which was started in 2008.

But here’s the problem: Why haven’t they launched?

They were the winners of Echelon 2011 launchpad last May. It’s been almost four years since they started on PlayMoolah and 10 months since Echelon. That’s a long time in the tech world.

The Sages at DEMO Asia seem to think Splaype is a very good idea. I’m not sure I agree. Splaype is essentially a desktop app that lets parents interact with kids through video calls and games. Parents can also read to their children, watch videos, and do a whole host of other educational activities together.

Jeffrey Paine from Golden Gate Ventures believes an iPad version would do even better.

But it seems like a lot of what Splaype offers can be done via other means. If I want to play Tic Tac Toe, I can use the good ol’ pen and paper and do it over Skype. If I want to read to my child remotely, I can simply recite the story book to him over the phone.

Sure, Splaype wants to make all these activities richer and more interactive, but I’m not sure if the market is large enough, since many parents would be happy with less technological methods anyway.

Nundino is a social network for traders, aimed at sharing information about companies, discussing strategies on trading, and sharing about trades. My beef with it is that it may have entered the field a little too late. It faces competition from Currensee, a more established startup that has series B funding, and also StockTwits.

Another startup at DEMO Asia itself, Trade Hero, seems to be doing the very same thing as Nundino. Erwan Mace, developer relations at Google Southeast Asia, said he preferred Trade Hero over Nundino because the former had some gamification elements.

I’m not sure if there’s enough room for four tigers on the same mountain.

To survive, they’ll have to find ways to really differentiate themselves and try to capture the Asian market before their more established competitors swoop in for the kill.

Epsilon Mobile is developing Papyrus, a platform that enables publishers to create their own e-books that are published in the App Store as apps. They appear to be more focused on the marketing industry, seeing a gap in the market for an easy way to produce interactive marketing materials.

Now, they’re reaching out to magazine, comic, and book publishers as well as listed companies that want to publish their annual reports. I’m not certain whether Papyrus will work, though, given the intricacies of the e-publishing world. I would also want to find out how it’ll stack up against Apple’s iBooks and Zeenco, which offers a complete solution for textbook publishers.

When a salesman comes and promises you the world, you automatically hear alarm bells. That’s how I felt about BCZ.com. It purports to be an all-in-one business platform that consists of a social network, a website, and an e-commerce site builder, as well as an “award-winning, “location-aware” search AI called Qryos (think Apple’s Siri without the voice).

I would love to find out what award it has won.

The damning part for me was when BCZ showed a slide promoting its “website builder”, which is essentially WordPress with plugins installed. Now, I use WordPress every day; it is free, and anyone can download and use it. What BCZ may have essentially done is repackage WordPress and offer it in a bundle with its own services, for a price. 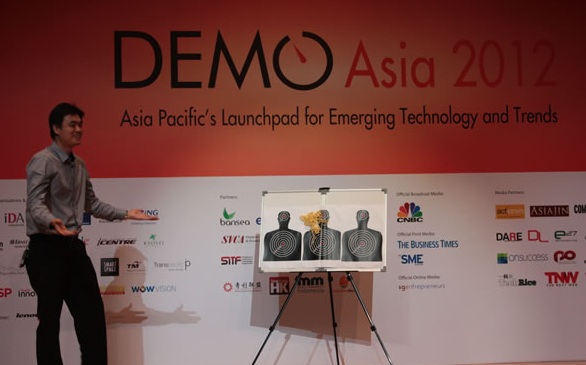 Above: BCZ's pitch didn't quite hit the mark.

BCZ, it seems, is trying to be all things to all people. But here’s the problem: Even Google, with all its might, can’t do everything well. Most certainly not a resource-strapped startup like BCZ.com.

Searching for information on a smartphone can be a pain in the ass. It requires that I select a text with my fat fingers, then copy and paste it into the search box.

Phroni is a Mobile Firefox plugin that aims to solve this problem. It automatically adds links to relevant keywords on the web browser using algorithms.

I’m not convinced that this will work as a business. While it has received close to a million dollars in funding, Phroni is a great feature for mobile phones but not a great business. At a flick of a switch, Google and Apple can instantly improve their mobile platform’s search functionality, rendering Phroni obsolete.