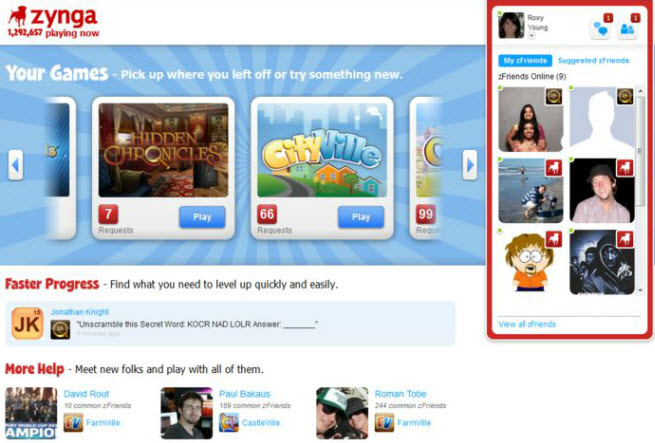 In a gigantic strategic step, Zynga announced today that it is launching a new Zynga.com destination website where users can play its social games without going directly through Facebook. 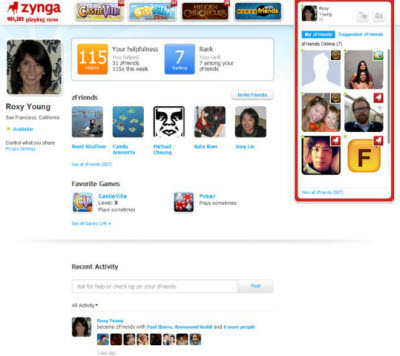 Now those numbers are about to change.

Zynga is also announcing the Zynga Platform for publishing games that are built by external publishers and developers. Facebook is certain to take notice, and if Zynga’s move is successful, it could actually undermine Facebook’s upcoming initial public offering. But Zynga took pains to note it is not getting a divorce from Facebook.

Analysts have said that the stand-alone web site will provide Zynga with more financial independence, but Zynga is offering no guidance yet on how much money can be generated through Zynga.com.

Zynga chief operating officer John Schappert said in an interview with VentureBeat that Zynga will continue to use Facebook Credits as the underlying virtual goods payment system for Zynga.com’s users. Facebook takes a 30 percent tax on every Facebook Credit transaction, and most analysts believed Zynga would move off of Facebook to escape that fee. But by using Facebook Credits as well as Facebook Connect, Zynga is showing its alliance with the social network is still pretty tight. Of course, if relations with Facebook ever get frosty, Zynga could turn on other forms of virtual goods payment.

Regarding the Facebook Credits option, Schappert said the goal is to make it as easy and accessible as possible to get people to play games.

“We’ve been a web/game company delivering content to our players and developing our own internal infrastructure and technology. And now we’re transforming into a gaming and platform company,” Schappert said. “We’ve listened to our players, to what they want from social gaming. They want a place where they can play together, they want a place that curates and delivers the best new social games for them, where they’ll always have a friend to play with.”

Schappert said Zynga.com would be live in early March. With the Zynga Platform, Zynga is behaving just a game console owner does. It publishes its own games as a “first party” on the platform. But it also recruits promising companies to create their own games to run on the platform as third parties.

“We built Zynga.com to give out players more ways to connect with each other and play great social games whether built by Zynga or other talented developers,” said Mark Pincus, founder and CEO, Zynga.  “Together with our platform partners, we look forward to bringing more play to the world on our platform.” 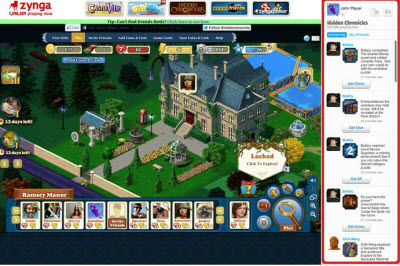 The developers can get access to promotions that will get their games in front of Zynga’s 240 million monthly active users. They will also get access to the functions and viral channels that help increase social engagement. An example is a Social Stream on the Zynga.com home page, where users can click on objects and directly import them into the game without interrupting game play.

The platform could be very attractive to third-party game developers who also need analytics to drive their understanding of users. Zynga has long used this as a competitive advantage, revising its games on-the-fly to be as user-friendly as possible. Zynga measures social engagement in its games through a metric that looks at a player’s “active social network.” The number of active neighbors that a player engages with in a game directly impacts how meaningful an experience they have. Those with good numbers are likely to continue playing.

Zynga will also use zCloud, its public-private infrastructure for hosting games at Zynga’s own data centers. That zCloud will help the games from smaller developers skyrocket based on demand, rather than being held back by weak infrastructure. A number of third-party developers have already signed up to be Zynga Platform partners, including Mob Science and Row Sham Bow. More are expected.With this new business, Zynga is effectively offering its own version of Amazon Web Services.

“As an independent game developer, we have faced significant challenges in getting players to discover our games,” said Michael Witz, CEO of Mob Science. “The Zynga Platform provides an unparalleled opportunity by letting us focus on building a game that can easily be enjoyed by the millions of people on Zynga’s network who already love to play social games. As an early Zynga Platform Partner, we look forward to working closely with the company to evolve the platform and create the best environment for developing and playing social games.” 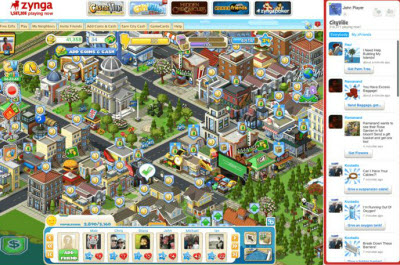 Manuel Bronstein, general manager of Zynga Direct, said in an interview that Zynga’s mission in creating Zynga.com is to provide more ways for users to play its games and more people to play with. The platform is a faster way to play Zynga’s games, since users can easily tap game-playing friends for help in social games.

“We had to think about how to get a billion people to play together,” Bronstein said. “To do that, we had to give them more games to play and more ways to play together. It is about the dial tone for play.”

Many of Zynga’s games require a player to get 10 friends to help with a task before the player can progress. With Facebook, the player has a risk of alienating friends if they spam them with such game help requests. But on Zynga.com, all of the members will be game fans and player profiles will enable them to easily find like-minded gamers. When you inspect a potential friend’s record, you can see how often that player helps other players. It’s also easier to embark on joint quests with friends in real-time.

The Zynga.com user interface is clean. On the top left, under the Zynga logo, you can see how many people are on the network at that moment. On the right side is an activity screen that shows what your friends are doing. When you look at that, you may find new games to play.

Zynga will provide five of its top games on Zynga.com when it launches in early March: CastleVille, Words With Friends, CityVille, Hidden Chronicles and Zynga Poker. More third-party games will also be available soon.

Zynga.com could become a powerful tool for promoting and discovering social games. Not every Facebook gamer will sign up for Zynga.com, but those who do will self-segment themselves into the most loyal fans. 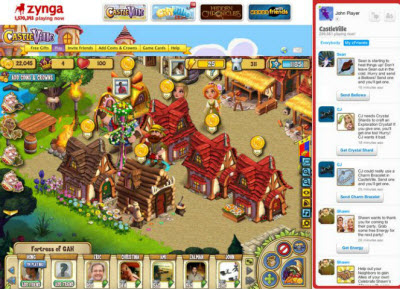 Players can sign up at Zynga.com to create a new game-playing identity for themselves. But players can easily log in with their Facebook identities and play games with existing Facebook friends. Or they can play with their “zFriends.”

Right now, you sign up with your real identity. By making someone a zFriend, you can play with them, but they might not be able to see your Facebook information. These strangers will play games with you — probably more than your Facebook friends will — but they may not be able to learn who you went out on a date with, if you don’t want them to know.

“Publishing on the Zynga Platform will allow developers to tap into a captive audience of players who love to play social games,” said Rob Dyer, head of platform partners at Zynga and former senior vice president of publisher relations at Sony Computer Entertainment. “What’s more, we’re committed to creating an environment that’s a win, win for everyone involved. We know the challenges of being a game developer, and want to build the best destination for play – not just for players – but for the entire ecosystem as well.”

Zynga recruited Dyer in October in part so he could use his relationships to set up a real third-party program. “Our goal is to connect the world through games,” Schappert said. “We realize we can’t do that alone.”

Because Zynga has engineered the game site for speed, it can run games a lot faster than Facebook does. You don’t have to wait for a message to be posted to a news feed or wall — a process that can take many seconds on Facebook — if you just want to announce an achievement to your friends. The Social Stream can also get you access to items in a game without forcing you to leave your game board. You can chat in real-time inside a game, and send gifts or messages without leaving the game.

The Zynga Platform, first introduced as Project Z in October, the work has been going on for some time. Of the delay, Schappert said, “Development is complicated. We feel it is now in a good state for the masses of consumers.”

Schappert said that third-party partners can choose different options for participating in the Zynga Platform. For that reason, there is no set information on how much Zynga will charge them to host their games. It will be some kind of revenue-sharing program. Schappert said it is easy to port Facebook games to work on Zynga.com.

“We have worked with Facebook for a while on this,” Schappert said. “This is coming to fruition thanks to their help and support.”

Asked if Dyer had signed up Electronic Arts or Nintendo to be Zynga partners — a very unlikely event — Schappert cracked, “Give him some time.”