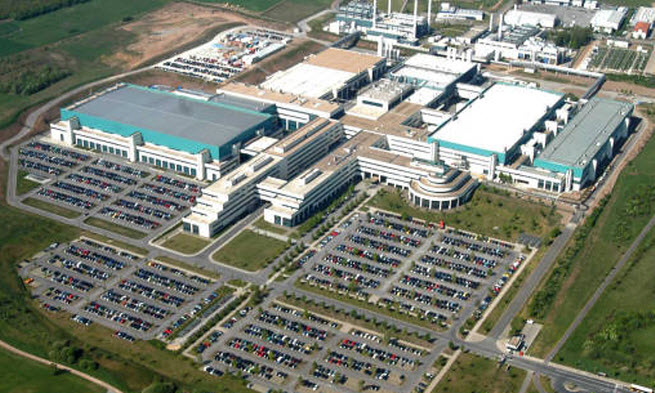 Globalfoundries marked its third year as a chip manufacturing foundry by buying out the shares owned by Advanced Micro Devices. That fulfills the company’s goal of becoming an independent foundry, or contract chip manufacturer.

The deal will trigger a $703 million charge for AMD, which separated from Globalfoundries three years ago to focus on designing and selling microprocessors. AMD will pay $425 million to Globalfoundries over two years and give up its 8.8 percent stake in the foundry. In return, AMD re-negotiated chip pricing with Globalfoundries and it will not have to make a $430 million payment during 2012.

AMD will also no longer give Globalfoundries exclusivity in manufacturing AMD’s 28-nanometer accelerated processing units (APUs). That will give AMD more flexibility in sourcing its chips.

“Today marks the start of a new era for Globalfoundries as it becomes a truly independent foundry,” said Globalfoundries chief executive Ajit Manocha.  “Globalfoundries has a clear vision to be the leading semiconductor foundry partner to AMD and one of the world’s top technology companies. We continue to execute on our strategy to propel ATIC’s long-term investment philosophy into true value creation for our shareholder and customers.”

Globalfoundries showed an 80 percent increase in the number of 32-nanometer microprocessors shipped to AMD in the fourth quarter, compared to the third quarter. In January, Globalfoundries said it would spend more than $3 billion in 2012 to expand its chip factories in Singapore, Germany (pictured above), and New York. The company is building a new 300-millimeter-wafer manufacturing plant in New York as part of a plan to make chips for IBM.

Sunnyvale, Calif.-based AMD said that its gross profit margin guidance remains unchanged as a result of the deal.