Welcome to GamesBeat’s PlayStation Vita launch awards. Released on February 22 in North America, the Vita has already had a steady blend of critical acclaim and controversy, but who cares about all that? This feature is (mostly) about the games! Plus, we didn’t want to wait until December to hold our next awards ceremony.

We’ve broken the Vita awards up into the Best Of and Worst Of honors. Feel free to jump in the comments and let us know what your own love/hate experiences have been like with the Vita so far. 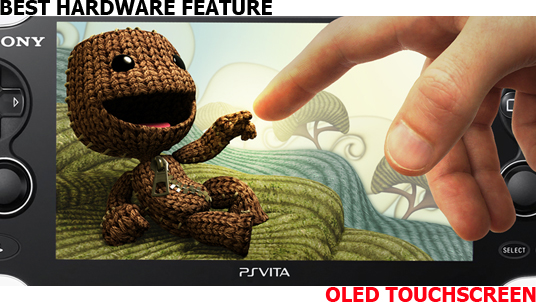 The 5” 960×544 OLED display is no longer cutting edge by today’s standards, and it doesn’t rival the iPhone’s hefty Retina Display specs, but it’s big and beautiful nonetheless. After days of endless Vita gaming, you’ll immediately realize just how dull and small the Nintendo 3DS display truly is. Size does matter, as does color vibrancy and image sharpness, all of which the Vita has plenty of. 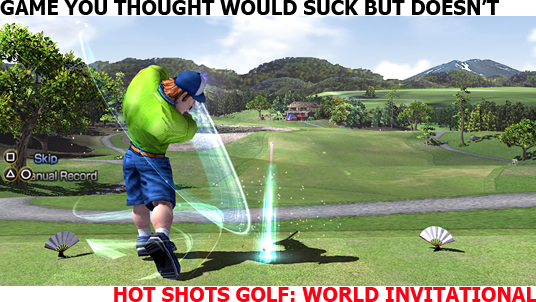 To most gamers, golf has to be the most boring “sport” imaginable. You’d expect more of the same with a game like Hot Shots Golf, but you’d be wrong. The Hot Shots franchise has continually breathed some much-needed life into the virtual iteration of the sport with a cartoonish cast, exciting presentation, and rock-solid gameplay. As noted in our review, we were surprised at just how much fun we were having with a golf game, and you will be too.

Click here to see the Game you thought would be awesome but actually sucks. 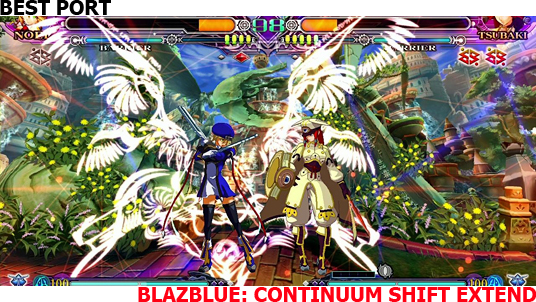 One of the ways to pad a new system’s launch is to port over games from previous systems. The Vita includes a handful of such titles of varying degrees of quality, though BlazBlue: Continuum Shift Extend is arguably the best of the bunch. The high-res, hand-drawn graphics pop off the Vita’s beautiful screen, and years of refinements have allowed developer Aksys to hone BlazBlue into a fighting-game masterpiece.

There is so much content in this game, it almost doesn’t fit on the main menu. Best of all, Aksys has chosen to reward its fans by including all previous add-on characters instead of withholding them as Capcom did with Ultimate Marvel vs. Capcom 3. 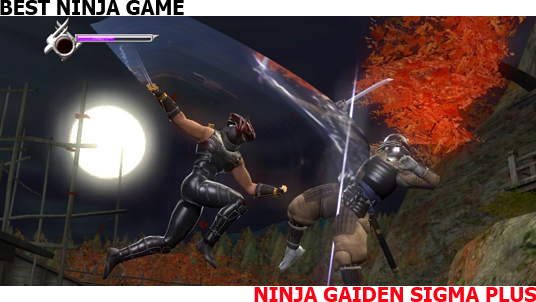 Eight years after being released for the original Xbox, Ninja Gaiden still has some serious teeth. It’s not as polished or robust as Ninja Gaiden II was, but if you’re looking for an exciting hack-and-slash, Sigma Plus delivers. While the occasionally frustrating camera hasn’t been fixed, the new Hero mode drastically reduces the notorious difficulty to give new players a fighting chance. The added Trials provide plenty of bite-sized missions for quick, portable sessions.

We would have liked to have seen an HD collection-type package that included Sigma 2, especially with Ninja Gaiden III right around the corner, but as is, Ryu Hyabusa is still the baddest non-cyborg ninja on the block. 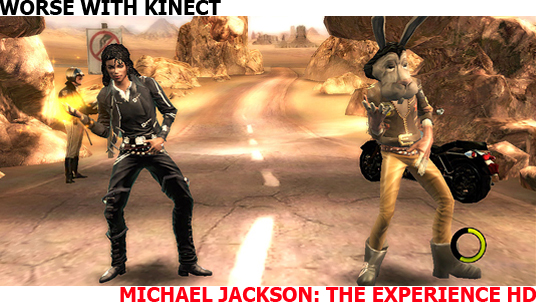 Another pleasant surprise in the Vita launch lineup, Michael Jackson: The Experience HD successfully ports rhythm-based dancing to a touchscreen. All the craziness aside, Jackson made some excellent music in his time, and his greatest hits are faithfully represented in The Experience in a superior version here than we saw on the Kinect. The visuals are nothing to be proud of (especially those Sega CD-era CG cinematics), but the intuitive controls, diverse in-game challenges, and moving soundtrack give Dance Central a run for its money. Best of all, you don’t even have to stand up. Take that, health! 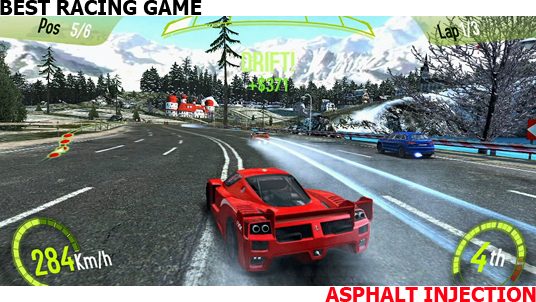 Asphalt Injection is a port of a Gameloft iOS game. We won’t lie; that immediately made it suspect in our eyes. It’s obvious Gameloft has been building up the Asphalt series for a while now, with 45 licensed cars, tons of customization options and parts to unlock, and 20 different tracks across 15 real-world cities. The simple iPhone motion controls are ported over to Vita’s analog setup with no issues, and although this is as far as you can get from the simulated physics of F1 2011, the arcade driving manages to be refreshing to play.

It’s hard to believe Asphalt Injection beat Wipeout 2048 for this award, but the fact of the matter is that Asphalt packs more content and value at a lower price point. That said, you wouldn’t be faulted for picking up both games. 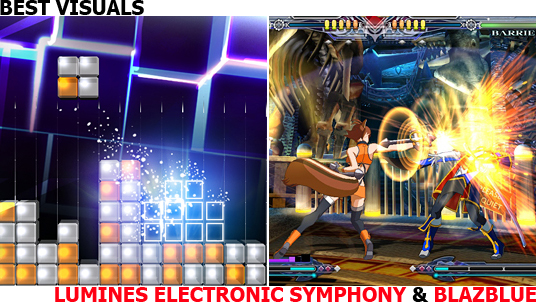 The Vita is already renowned for its bold and beautiful OLED screen. By default, many Vita launch titles look great because of it, so to claim the throne of Best Visuals is quite an honor amongst the 20+ available games. Lumines Electronic Symphony and BlazBlue Continuum Shift Extend both achieve significant aesthetic excellence but for different reasons.

Lumines has always been known for its elegant simplicity, in both gameplay and visual design. The same is true of Electronic Symphony, only more so, thanks to the dynamic and imaginative skins. BlazBlue, on the other hand, overwhelms the viewer with voluptuous hand-drawn art and hybrid 3D environments. With Capcom and every other fighting-game developer having already bought a ticket for the 3D graphics train, BlazBlue is truly in a class of its own.

On to the Worst Of awards!