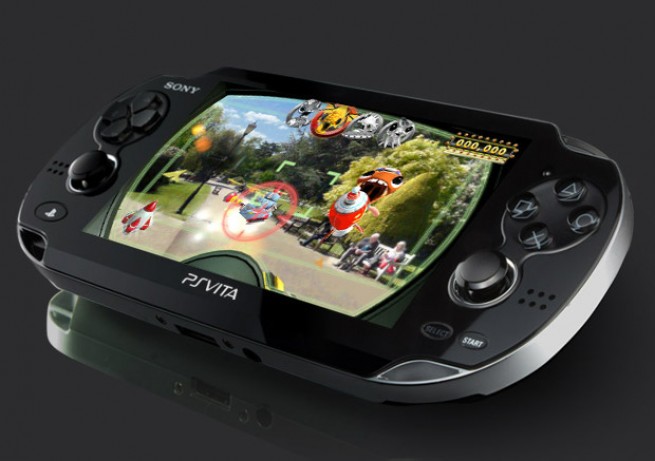 You Europeans sure love your Sony-branded products.

In two of the three major video game markets (Japan and the U.S.), Nintendo has come out on top in first-week sales of handheld gaming systems with its DS and 3DS consoles. But Sony has performed better in Europe, where the last-generation PlayStation Portable and the recently released PlayStation Vita have outperformed both DS devices.

Sony Computer Entertainment recently announced that it has sold over 1.2 million units of the PS Vita worldwide, and those numbers coincide with the ones our friends at research firm Statista have come up with. Check the infographic below to see how these four portables fared in first-week sales across the three territories, and for comparison’s sake, see how eight major handheld platforms have sold in their lifetimes. It looks like the Vita will have no problem beating the Sega Nomad or the NeoGeo Pocket Color, though it still has a little ways before it catches up to the Sega Game Gear….

To learn more about the Vita and its games, go to our comprehensive PlayStation Vita hub. 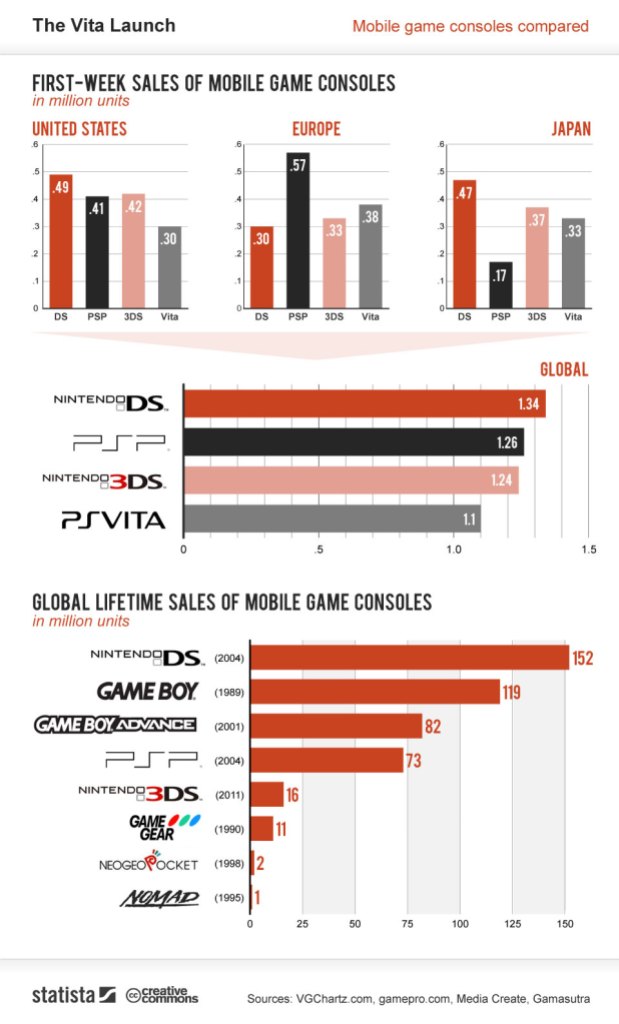