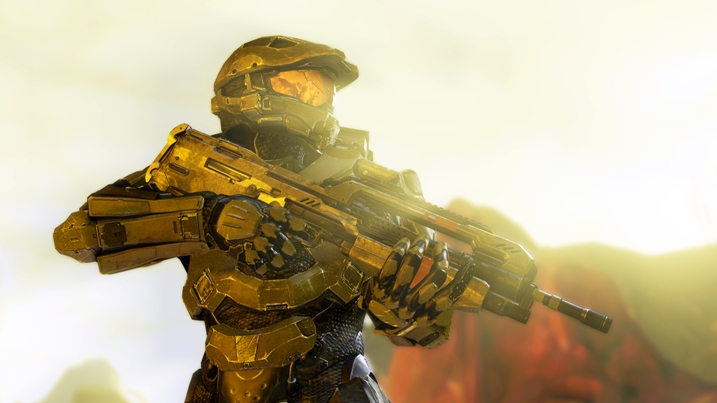 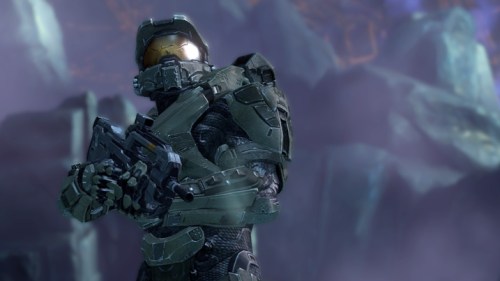 In the video below, the designers allude to a new danger in the Halo universe. “One of the things we wanted to do was really introduce a threat that is beyond anything that Master Chief has faced before,” says Holmes. “It also gives us an opportunity with that threat to add new gameplay,” says executive producer Kiki Wolfkill, whose name alone could take on that role.

What is this new enemy? We don’t know quite yet.

“The battle rifle is back,” says lead designer Brad Welch in the vidoc. “It’s the old burst-fire precision weapon that [the fans] know and love.” It might be a fan-favorite, sure, but can players go back to it after having their hands on Halo: Reach’s beefier M392 DMR (Designated Marksman Rifle)?

This is more speculation than anything, but we wouldn’t be surprised if mechs make an appearance in Halo 4. One of the maps showed a Cyclops (previously seen in the real-time-strategy game Halo Wars) under construction (more on that below), and the developers kept referring to “big surprises” in store for the fans. Hmm…

10. The guy behind Call of Duty’s Nazi Zombies is working on Halo 4

Jessie Snyder, the game designer who invented Call of Duty’s cooperative-based Nazi Zombies mode, is on the Halo 4 team. That is enough to get this writer excited. Unfortunately, it doesn’t sound like he’s working on something similar for 343. His current role? Lead campaign designer. Bummer.

11. Multiplayer stages will tell their own stories

Instead of carving out sections of campaign stages to use as multiplayer maps, 343 plans on having dedicated arenas that will still tie into the story somehow. “One of the cool things with multiplayer is,” says Holmes, “these environments give us the opportunity to go to places in the universe that you might not otherwise encounter in our campaign. Places you’ve never seen before.”

“Warhouse is a civilian manufacturing plant that is traveling in near-space orbit above a gas giant,” says Holmes, describing the first revealed multiplayer map. “The outer area is set up with great flow, with man-cannons that allow you to launch back and forth. The center of this combat area is a weapons platform called the Cyclops Mark II that is being manufactured here. This forms a centerpiece for players to battle around, with lots of different entry points, different levels. You can move between them on catwalks and grav-lifts. Great flow, lots of action.”

“Wraparound is another smaller, symmetrical, arena-based map — but a very different space,” says Holmes. “This is a Forerunner solar facility within a Forerunner shield world that is creating the artificial sun that provides light and energy for that world. You’ve got catwalks with little drop-downs, a lot of quick movement between levels, lots of ramps to allow you to go back and forth. The outer circular corridor connects via different walkways to the center area. You’ve got these man-cannons as well that are positioned around the outer perimeter; they can launch players back into this central combat space where most of the action takes place. So this is another really fast-playing map that’s focused on our Team Slayer experience for Halo 4.”

OK, that’s great and all, but here’s the most important quote we’ve heard from the developers: