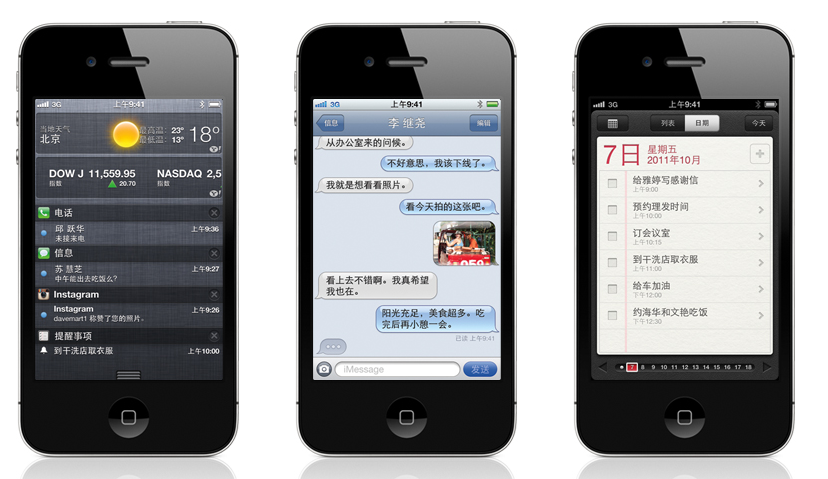 Apple‘s mobile products are getting a lot of love from China. The government-owned operator hit 15 million iPhone activations today despite the fact that it is unable to sell the phone legally.

China Mobile says its 3G service is incompatible with the phone’s hardware but hopes this will change after it tests the LGE network in June, according to The Next Web. It seems China Mobile users are jailbreaking their phones to run the operator’s service on the device. They are also having to downgrade to 2G, given the incompatibility. While some may think the move is drastic, T-Mobile users in the U.S. who have to jailbreak their phones to avoid switching carriers can surely relate.

According to a study by Gartner, despite the 1 billion iPhones expected to be sold in China by the end of 2012, Apple has dropped to fifth place in Chinese mobile market share. It was recently beaten out by ZTE. That hasn’t placated the cult-like following Apple has amassed around the world, earning it 25 billion downloaded mobile applications.

Chunli Fu in Qingdao, China downloaded Disney’s “Where’s My Water?” free app yesterday, marking the milestone. He received a $10,000 gift card for being lucky number 25 billion. The amount was amassed over three years since the launch of the iOS app store in 2008. Much of Apple’s bread and butter has come from its mobile devices, along with the App Store. The company sold 37.04 million iPhones and 15.43 million iPads in the first quarter of 2012 alone, which considerably contributed to its $13.06 billion net profit. According to Apple chief executive Tim Cook, China used to pull in a few hundred million dollars for the mobile arm of the company, but last year swelled to $13 billion. 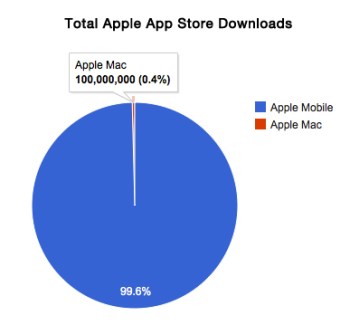 Mac sales have risen 100 percent in China as well, according to Cook. The year-old Mac App Store has generated one hundred million downloads, separate from the much larger numbers produced by the iPhone and iPad. This falls in line with Tim Cook’s prediction that the iPad would far surpass the PC.

“Many of us thought at Apple [when the iPad was being introduced], that the tablet market would become larger than the PC market,” Cook said at the Goldman Sachs technology conference. “I feel that stronger today than I did then because I look out and see all these incredible uses for it.”

Cook goes on to say that the iPad has “cannibalized” Mac sales, with Mac apps only making up four percent of today’s milestone. Worth noting, however, is the fact that the iPhone only supports apps that are downloaded from the Apple marketplace. Mac personal computers, however, can download applications from all over the Internet and are not as reliant on the Mac store for content.

hat tip The Next Web