Here's an alternative point of view: Writing for free is exploitation, pure and simple.

By writing for free, you're giving away your talent for nothing, and other people are profiting from your hard work. Whether it's Bitmob, NowGamer's "free blog" competition, or various other opportunities for unpaid interning, someone else is making the money and tossing you the scraps. 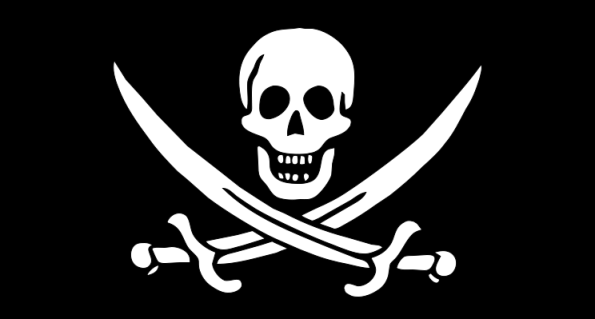 The argument goes — and it’s relevant to everyone who reads or writes on Bitmob – that writing for free devalues both your work and the work of other writers. You’re prostituting yourself and your talent, and you’re not even being paid for it. By writing for free, you’re wasting hours of creativity, pushing down wages for professional writers, and allowing other people to profit from your labor.

There are articles here about how writers have, if not lost faith with Bitmob, then had the rose-tinted glasses lifted from their eyes. For the vast majority, writing for free is not a golden ticket to a career in games journalism. The few who do make it are held up as examples of what you could have won — what might happen if you write just one more free article that gets picked up.

Maybe some of that’s true. It's a persuasive argument, and to be honest, I was wavering. But then I read this article on Eurogamer: Why more indie developers should be saying "Just pirate it".

In this article, writer Chris Priestman argues that for indie game developers — unlike commercial studios — having people play their games is way more important than wringing every last penny/cent/rupee from sales.

Piracy exposes their games to a much wider (albeit non-paying) audience than they would normally get. That exposure is valuable to small studios. Clearly, getting your name out there isn’t as good as cash in the bank, but having people playing your games is a step in the right direction. As the saying goes, "there’s no such thing as bad publicity"…and that goes double when you have no publicity to start with.

That article was promoted and retweeted by all the same professional journalists who railed against aspiring writers giving their work away for free.

Do you see where I’m going with this?

As aspiring writers, few of us would turn our noses up at a paid position. But in the meantime, the experience and exposure of writing for sites like Bitmob is worth its weight in gold. Like Steven Sukkau, I’ve got a blog (cue shameless plug). Few people even know my blog exists, let alone read it regularly. While I've got half an eye on a writing career, I write because I enjoy it. I want people to read what I write, but if they don't, I'll be writing it anyway.

Professional writers might well react to writing-for-free sites the same way that big game studios have reacted to piracy — as a threat to the industry and a dig at the value of our (and, implicitly, their) work. But one person’s threat is another’s opportunity.

That Eurogamer article ends by saying, "But what are the limits that a developer should go to in order to get people playing their game? Well, that's entirely up to them, and to their faith in their players."

I say that, as writers, what we do is up to us. I respect the opinions of writers like John Walker as much as I admire his writing and achievements. But the view from a platform of a solid reputation and a guaranteed audience is very different than that of a blogger mired in obscurity.

Are we the desperate unemployed on digital Workfare, doing unpaid labor for the Tescos of the writing world? Or are we the indie developers of journalism, writing whatever the hell we want because we want to? We're free of the curse of meddling sub-editors and appreciating every extra eyeball that comes our way.

What are the limits that an aspiring writer should go to in order to get people reading their work? Well, that’s entirely up to you and to your faith in your readers.