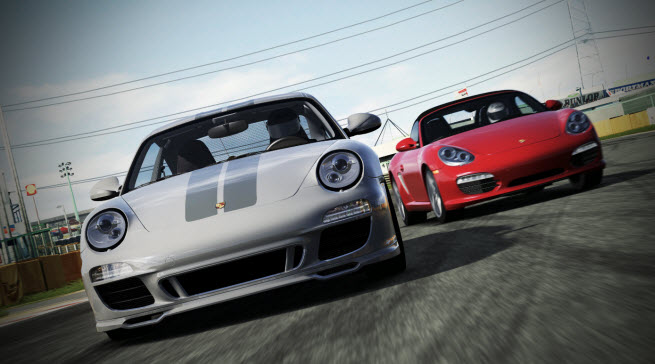 Fans of Forza Motorsport 4, the best-selling racing game on the Xbox 360, can look forward to a few new product launches from Microsoft that will have them drooling. The biggest announcement is the launch of Forza Horizon, a brand new game that is going to debut this fall.

Normally, the next Forza game (reportedly entitled Forza Motorsport 5) would be due for release in 2013. But by adding the new studio, Microsoft will be able to keep fans happy with new releases each year, much like how Activision Blizzard has done with the annual releases of Call of Duty games.

Dan Greenawalt, creative director at Forza developer Turn 10 Studios, said in a press briefing that the new game will be developed by Playground Games, a new studio with DiRT veterans in the United Kingdom. That studio was beefed up in the past couple of years thanks to closures and layoffs at other UK racing game studios. A trailer for the game shows a car racing down a rural highway into the horizon.

“Our goal is to turn gamers into car lovers, and car lovers into gamers,” Greenawalt said. “This is part of our DNA. That’s why we’ve been working on this series for more than 10 years. Our goal is to take people who play Skyrim and Call of Duty and make them in racing game players. That is why I come to work every day.”

In May, Porsche cars will return to the Forza franchise in the form of a Porsche expansion pack, with 30 cars, including seven that have never been in a Forza game before, like the Porsche 911. There were 37 Porsche cars in Forza Motorsport 3. The new pack will have 250 achievement points. 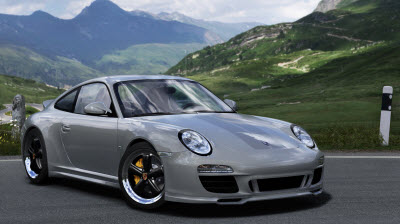 Forza Motorsport 4 has been out five months and developer Turn 10 Studios has created five 10-car downloadable content (DLC) packs. Those packs have been successful in part because of the diversity of the cars in them, ranging from the Dodge Challenger to the Ford Pinto.

On March 6, the sixth 10-car DLC pack will be out featuring a V12 Zagato Aston Martin and a Ferrari Can-Am racing car as well as a Ford Country Squire station wagon.

The latter is the “type of car our community goes crazy over: a muscle car in the form of a station wagon,” Greenawalt said.

Turn 10 is also churning out its third game update to fix bugs in the Forza game. It will also change the level cap of Forza Motorsport 4, which is currently set at level 150. Greenawalt said he didn’t expect fans to hit that level cap until nine months to 12 months of constant play had passed. But a number of users hit it after the first four months.

“We checked our math and found it was true,” Greenawalt said. “Players are playing more often and playing for longer sessions. They’re coming back frequently and in droves. This why we are stoking the community.”

The new level cap will be 999. After all the cars in the expansions are tallied up, players will be able to choose from 625 cars.

“It’s not about the numbers, but the diversity and having the cars you love,” Greenawalt said.