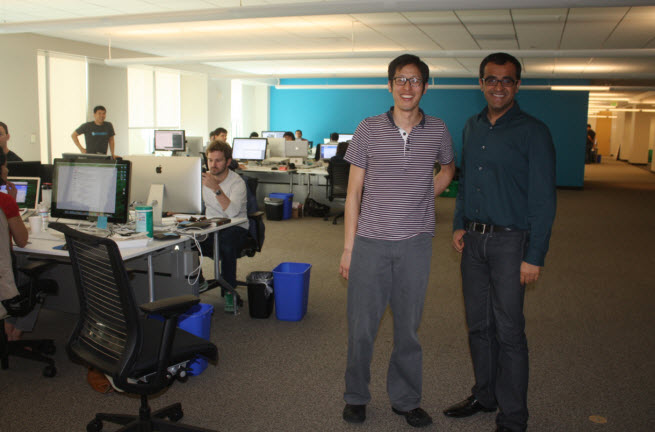 Funzio has had a couple of big hits on Facebook and the iPhone with Crime City and Modern War. But now it is spreading out by launching its new game Kingdom Age as an exclusive on Google+ and taking Crime City to Android. 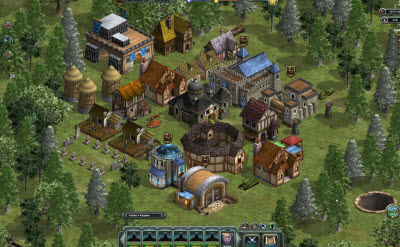 The Kingdom Age game will also be available on the Chrome Web Store. The move shows that even smaller social game companies are diversifying beyond Facebook, much like Zynga, Facebook’s biggest game publisher. That’s not good for Facebook, which is planning an initial public offering. And it shows that developers value competition among the game platform owners.

Kingdom Age is a major title — the fifth exclusive game to launch on Google+ — in the action role-playing fantasy game niche.The game is a strategy title that is targeted at both hardcore and mass market fans.

“We’re taking what has worked in traditional console games and we’re scaling them to the social gaming world,” said Jamil Moledina (pictured top right), vice president of business development at Funzio, in an interview with VentureBeat. “We like that we are getting a lot of support from Google and they are promoting it.”

Kenneth Chiu, chief executive of San Francisco-based Funzio, said that his company found it easy to work with Google and it listened to Funzio’s feedback. The game is a two-dimensional fighting and exploration game, where players slay monsters and collect loot and artifacts. They build their towns and attack rivals. The graphics are somewhat rudimentary from the console gamer’s view, but they are pretty good for Facebook.

That’s what counts in terms of creating a title that both core gamers and mass market gamers will like, Moledina said. Kingdom Age features a layered game design, where players can develop skills in solo play while building up and training troops to fight magical wars against rivals among their friends.

Both Crime City and Modern War have been big hits on the Apple App Store, and Crime City has more than 1.7 million monthly active users on Facebook. With Kingdom Age, Funzio is moving to new genres and platforms.Those games have been so successful that Funzio has raised $20 million in funding and it has more than 100 employees.

Dan Chao (pictured top left), lead designer of Kingdom Age, said in an interview that the company tries to make its games simple and accessible. You click on a monster to attack it. You do damage and then collect loot. It’s a click fest. Rare monsters drop epic loot, satisfying the player’s “loot lust,” Chao said. You can buy armor and it deflects monster attacks.

The game has about six areas now and it will have more within a few weeks. In each area, you have to beat elite bosses in a certain amount of time.

“Other social games haven’t had enough progression for the player,” Chao said. “Players asked us for more strategy. There is a lot more strategy you want to do. If you want to take down buildings, you build catapults or sorcerers. You can build defensive titles to defend yourself and create armies with as many as 3,000 people.”

The game has both player versus environment and player versus play game play. The strategy matters in terms of how you construct your army and then use it to attack rivals. While the games don’t look outstanding, the game play is tuned to be fun. Chao said his team has been battling a number of interns at work.

“It’s been a bloodbath,” he said. As for the Android version of Crime City (pictured below), it will be interoperable with the iOS version. 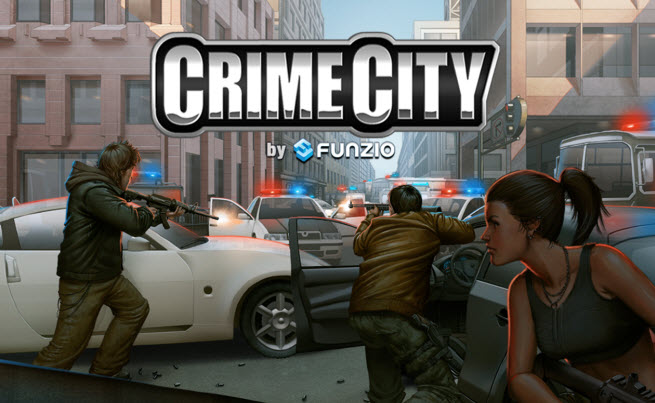