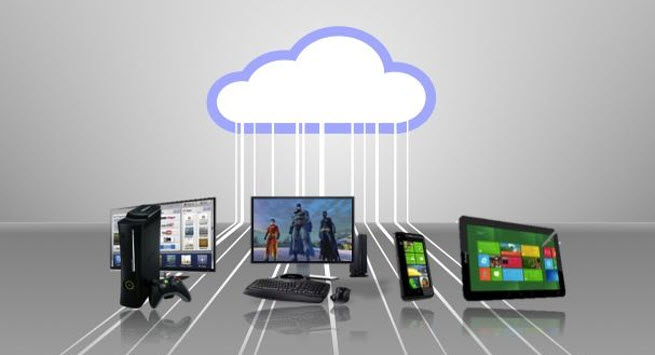 Numecent, a startup with an interesting new cloud technology for digital delivery, is spinning out Approxy as a new cloud-gaming startup. While Numecent will focus on the larger cloud computing opportunity, Approxy will focus on delivering instant-play high-definition games delivered to users from the cloud, or web-connected data centers.

Irvine, Calif.-based Approxy will offer a white-label service for game developers and publishers, allowing them to publish their games as cloud titles. Such games are executed in the cloud and deliver “pages,” or fragments, that run on the user’s computer or smartphone or tablet on a just-in-time basis. This so-called cloudpaging technology reduces the data sent over a broadband connection by 20 times to 100 times. That enables high-end games to be played on just about any device. It is the same kind of benefit that cloud-gaming service OnLive offers, but Numecent claims that its technology is much more efficient than what rivals offer.

Approxy places a virtual memory management unit on a client machine and fetches fragments from the server on demand via an http/s (secure) connection. The game executes inside a virtual console, without requiring installation. This can reduce the time to play from ten times to 50 times for a large game. Subsequent access to previously fetched pages are locally cached, so the experience remains as good as a game that is locally installed. The game can be played offline, without a network connection.

Approxy engineers have extended cloudpaging to make the experience better for gamers by pushing small fragments of games, dubbed partials, to a user’s virtual console. This makes the very first interaction with the game instantaneous for the gamer. The games perform at native, full performance, with no delays, the company says.

Some big games can take as long as a day to transfer more than 10 gigabytes of data to users, said Yavuz Ahiska, chief executive of Approxy.

“Cloud gaming represents a tremendous global opportunity for the industry, but we need to make it ‘friction free” for both users and publishers alike,” he said. “We believe cloudpaging with the Approxy extensions is the right technology platform to make this happen.”

Ahiska is a serial entrepreneur, who, with Numecent CEO Osman Kent, co-founded 3DLabs, a graphics chip maker. Approxy is raising a first round of funding now.

The virtualized games can run on a tablet using “gesture virtualization.” That allows a mouse-based game to be used on a touchscreen device. OnLive does a lot of this too, but in a different way, said Ross Rubin, an analyst at market researcher NPD.

OnLive sends a video of the application to an OnLive client and uses low-latency connections and compression for responsiveness. Approxy streams a compressed portion of the application and does the processing on the client device in a virtual machine. That allows it to run a cached version on the client machine without an internet connection, Rubin said. But unlike OnLive, the speed of the native device will affect the speed of applications using Approxy.

Kent said in an interview that the game industry is moving away from disk-based products to online delivery. But big games with multiple gigabytes of data are a pain for users to download, resulting in lots of failed downloads and lost sales. For users, it’s a poor experience waiting for the downloads to finish. OnLive has introduced cloud gaming to making the online-delivered games instantly playable, but the quality isn’t quite good enough for the most hardcore gamers. It also costs a lot of money to set up servers to handle the cloud gaming load. Gamers also can’t play offline.

By contrast, Approxy tries to balance the load between the cloud and the client with cloudpaging. Some services try to speed up the download process by launching a “progressive download,” where a game can begin playing almost instantly while the rest of the game is downloaded in the background. But that can also be a slow process and an inefficient use of the network.By contrast, a single Approxy server can service 10,000 users. Approxy says you won’t exceed a data cap by using its service.

With cloudpaging, Approxy fetches the software instructions on demand from the cloud. Games can also run instantly without any installation when only 5 percent to 10 percent is buffered. Licenses are tracked automatically and the delivery is secure. Games can be instantly patched. Games can be played offline and with full peripheral support. Publishers can learn exactly where the users stop playing a game and check that section for bugs or design problems. Approxy has seven employees.

The technology has been in development for over 12 years and it has taken $50 million in investment, stemming originally from a grant from the federal Defense Advanced Research Projects Agency. Approxy has exclusive licenses to the technology in gaming and consumer applications such as set-top boxes, consoles, virtual consoles, PCs and smart TVs. Approxy says it has the rights for 18 Numecent patents. Approxy’s service is in beta testing now and version 2.0 will be in testing in the second quarter.

In a video, the company showed Unreal Tournament, an older first-person shooter game, running from the cloud to an intermediary PC and then to a tablet. The game is shifted from the PC to the tablet via WiFi. None of the devices have the game installed, and the local PC is being used as a proxy graphics processing unit server. See the video below. More demos are on the Approxy site. 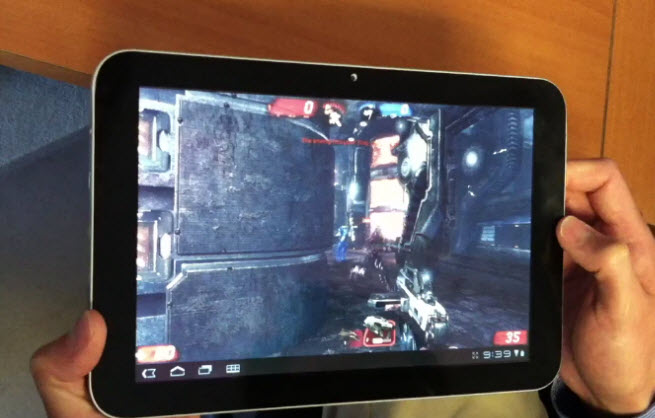