Trials HD is one of the best-selling Xbox Live Arcade games to date, and for good reason. Released in 2009, the creative, side-scrolling physics-based platformer takes place entirely on two wheels. Coupled with user-created tracks, the game has near-endless value, and is surprisingly entertaining. Needless to say, its upcoming successor, Trials Evolution, has some lofty shoes to fill.

Very rarely do I look at a game and have nothing to complain about. It is my job, after all, and I do it more ferociously than most. From the moment I picked up the controller and started playing Trials Evolution, I knew this game would make fans happy, and even convert plenty of non-believers and holdouts. Evolution blows the doors wide off the warehouse and takes the action into some seriously stunning outdoor areas. The draw distance truly gives off a magnificent scope to the new levels, many of which take place high above the ground on platforms that twist and turn, providing a much greater rollercoaster experience than before for up to four players.

Developer RedLynx (owned by Ubisoft) could have easily slapped an extra coat of paint on the Trials HD formula, added in a Modern Warfare-esque XP system, and sold plenty of units on hype alone. They certainly wouldn’t be the first to do so. GamesBeat sat down with Creative Director Antti Ilvessuo to see just how much of an evolution Trials has undergone.

GamesBeat: How long has Trials Evolution been in development?

Antti Ilvessuo: We have been in development about 18 months.

GB: Was there anything that didn’t make the original Trials that you and the team included in the sequel?

Ilvessuo: Well, we definitely needed to go outside the warehouse. We needed to create a bigger outdoor environment. The curving driving lines for example. We needed also multiplayer, and it ended up that we needed online and local multiplayer. And then we knew that we needed the level sharing to be totally open and we needed a new editor. So there was huge, multiple steps, but we knew it would be good, and that’s why it’s Trials Evolution, not just Trials HD 2.

GB: What are some of the things that fans have requested that you’ve included in the game?

Ilvessuo: Well, I think… When we look up the list of what people have got and what they would want to have, I think we have pretty much everything there. Okay, there’s a small leap there, someone could say, but pretty much… People have the opportunity to go outside, and public sharing. In the broader level I think we bring everything that people hoped for. And maybe something more even. 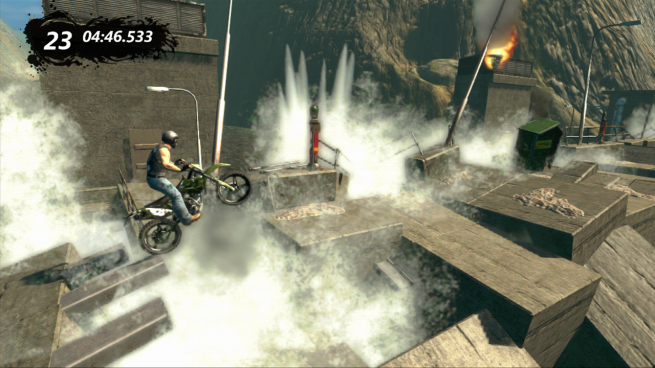 GB: LittleBigPlanet 2 allows you to carry over your custom levels from the previous game. Is that true of Evolution?

Ilvessuo: You can create levels that are the same as Trials HD, but our level format has changed so much because we went out of in-house… Our engine is so much upgraded, so we didn’t have a proper chance to do that. But you can create pretty much similar levels in Trials Evolution…

GB: There’s no import tool to help facilitate that?

Ilvessuo: No, it’s just so different at the base that it has to be changed.

GB: I played a level with a boost ramp and a few others things I hadn’t seen before. What are some of the new gameplay elements that are included?

Ilvessuo: Well, I think with the editor you can create pretty much as [many different kinds of boosts] as you want. We have, for example, afterburner there, but we don’t overuse it. But with the editor you can activate a trigger that gives you double speed or something like that. You can create pretty much anything that modifies the bike physics, the speed, all physics, by triggers. So if you wanted to create a new kind of power-up that’s also possible.

GB: What about the backgrounds, the environments? What kinds of things can you do in the editor now?

Ilvessuo: It’s a bit different from just the background. The whole world is two kilometers wide, four kilometers long, and you can place the track anywhere in that world that you wish. So it’s not just the background, it’s the game world where you can put the track. We have massive environments, we have floating tracks that are 500 meters in the air, we have a D-Day track, we have tracks that are like old castles, underground levels, you name it, everything is there. 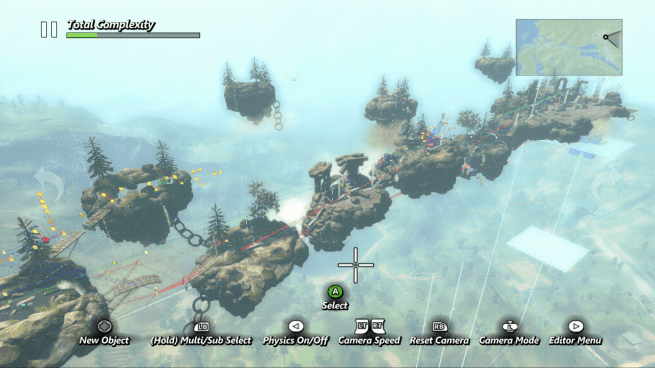 GB: Just out of curiosity, could you create a living creature, so that maybe you’re driving around a dinosaur or something? I had a friend that loved to put dolphins and whales in her original custom tracks, so can you create more dynamic obstacles now?

Ilvessuo: Yeah, you can move and modify the physics in a way, so that you could create huge… [gestures with his arms to create a dinosaur with a long neck] Let’s say, I don’t know, like a bridge that raises when you’re driving. You can do that kind of stuff.

GB: Have you guys looked at other games that also do a lot of user-created content, such as LittleBigPlanet, Minecraft, and ModNation Racers? If you did, what did you see about what they do right and what they do wrong? From your perspective.

Ilvessuo: I think generally, thinking from past evolutions… We don’t force players to learn the creator tools. We don’t have game mechanics that force you to learn the editor. We have the editor there, we’ve souped up the editor in every way, so if you want to learn the editor just fire it up and start learning. But we don’t have, by comparison, we don’t have a meta-game around the editor. It’s a tool, feel free to use it. And also, what comes from sharing, we have looked at what would be good solutions for sharing, and our sharing system is a bit different. It’s kind of… We have feeds, one page where you have feeds, and then you check different feeds. One feed would be the RedLynx Picks, which would be the feed that we support, but also you have a feed, for example, that’s the best-rated tracks of this week. But also you have obviously a search, you can search for a certain track creator and so on. We have looked at different games, but our editor is a tool for you to use, and the sharing functions are really good.

GB: I have to ask because there’s actually… It’s one of the best-selling games on Xbox Live Arcade ever, there’s actually a lot of female players that like Trials HD. Have you added a female rider?

Ilvessuo: We have discussed that, but I think it’s… People like it, they laugh when the guy gets hit on the head, a saw blade cuts off his head, something drops… But somehow it’s more fun if he’s male. If it happens to a female rider, somehow it’s not so much fun anymore? 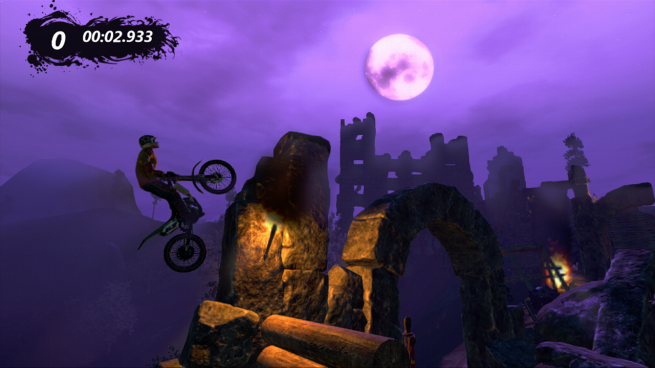 GB: Well, I guess it depends on who’s playing.

GB: I know that RedLynx did a somewhat similar monster truck game for the iPhone a while back. Have you looked at bringing Trials to the iPhone or iPad?

Ilvessuo: Well, the team that’s developing Trials Evolution is 25 people. We really wanted to make the best game available on Xbox Live. But also, our company history is very long, so we’ve created games for PC, N-Gage, NDS, PSP, you name it, we’ve been everywhere. So I don’t know what the future brings, but we’ve always been a multiplatform house. Not just an Xbox house. Now that the game is really huge, 18 months, new engine and everything, you name it, we had to focus on making this game the best that’s possible.

GB: As a smaller developer, do you feel the need to kind of hedge your bets by taking a game and doing multiple versions? Or do you feel comfortable betting it all on Xbox Live Arcade?

Ilvessuo: I think mainly the focus is on making the best game available. If we did that, we would have maybe lost focus. And also, it’s very technical, making a game that has to run at 60 frames per second. We would have lost focus if we would have tried to make PC and PS3 and Xbox…

Ilvessuo: Generally I think the game is just really huge. It’s bigger than we expected, even when we have just the main features there. When you see what the environments are like and what you can do… And one thing to add, maybe, in Trials HD, we knew the limitations of the editor. But people exceeded our expectations. Now, in Trials Evolution, we don’t know what the limits are. We don’t know. So what people create will be totally mad.