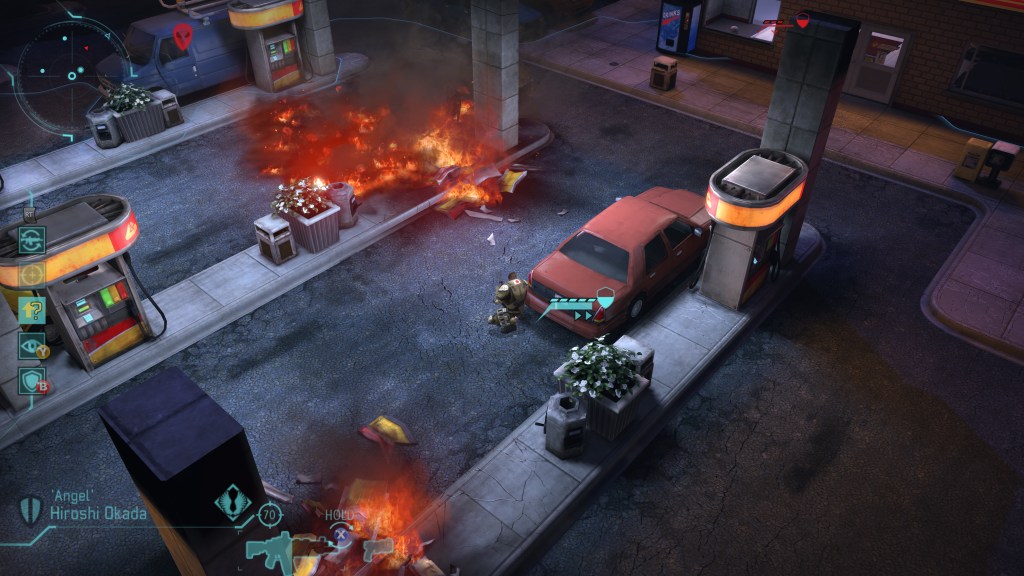 X-Com: UFO Defense, a strategy game from the early ’90s, is a sort of enigma. Although the original is revered as a masterstroke in design, every stab at a sequel or spiritual successor has fallen short. What about the X-Com formula is so elusive?

When I spoke with Jake Solomon, lead designer for Firaxis Games’ XCOM: Enemy Unknown (a “reimagining” of the original), that question weighed heavily on my mind.

An Edge interview with Julian Gollop, original creator of X-Com, kept poking my brain during the 13-and-a-half-minute preview video I witnessed last week courtesy of 2K Games, Enemy Unknown’s publisher. Surely, if anyone would know the magic of UFO Defense’s success, it would be Gollop. In that Edge interview, Gollop expressed his opinions on Firaxis’ reveal, which included commentary on accessibility, difficulty, player disorientation, and his hope for some advancement in the enemy’s artificial intelligence. With Gollop’s observations firmly in mind, I questioned Solomon in the hope that we might see a glimpse of Enemy Unknown’s chance to reach greatness in the X-Com line when so many others have failed.

GamesBeat: Gollop first said that he would like to see accessibility addressed in a remake. Can you expand on how Enemy Unknown approaches accessibility?

Jake Solomon: Of course, he’s absolutely right. It was kind of nice to have him say that because, obviously in the position I’m in, accessibility sometimes comes across as a dirty word. People are skeptical about that word.

But any designer worth anything knows that accessibility is important. And the fact of the matter is that if you can make something more accessible without losing depth, then that’s obviously an improvement in quality. My goal with XCOM was to take the original and make it for the modern day.

GamesBeat: Gollop discussed difficulty in turn-based games and “the temptation to make things big and complex and therefore ultimately a bit dull.” He commented that missions in X-Com: Terror from the Deep [the sequel by Microprose, not Gollop’s Mythos Games] were too difficult, long, and tedious. Do you feel that Enemy Unknown has avoided that pitfall?

JS: Challenge — and this isn’t exactly what he was referring to — is a part of the design in XCOM. That’s something that we [Firaxis] embrace. We have a game that openly embraces the idea of challenge as a selling point, and I think you see a lot of games doing that now. And obviously we can manage that aspect through the different difficulty levels.

You don’t want the game to be difficult or tedious to play, and we have a lot of ways to keep the player always engaged in the game. Our aliens aren’t just wandering around out there. Our aliens are sentient beings, and they have the ability to hear the player; the player has the ability to hear them. It’s not the sort of thing where you’re going to find yourself wandering in the dark, and you’re just in the wrong corner. It’s a living battlefield.

GamesBeat: Can you expand on how sound plays a role in the game? Your description reminds me of Silent Storm, which used visual indicators for sound on the battlefield. Does Enemy Unknown do something similar or stick to the original’s use of audio clues during the alien’s turn?

JS: It’s a little bit of both. We certainly have that from the original; like when aliens are moving around, you’re going to be able to hear the footsteps and if they’re breaking glass or opening doors. But we also have [onscreen] indicators.

GamesBeat: Gollop commented that a 3D camera could create the possibility of disorientation. In the demo video, I saw what looked like a fixed view that zoomed in when performing certain actions. Are you limited in that way throughout the entire mission, or do you have free reign to spin the camera around?

JS: He’s absolutely right: Camera control and disorientation is a major concern in games like ours. To combat that, we have a fixed camera with 90-degree rotations on the D-pad. When you go into aiming view over the shoulder, that’s when the camera will swoop down. The player also has the ability to zoom the map out. But that’s really the extent of the camera control; free camera has very limited value.

GamesBeat: When asked what he’d like to see developed further in a new version of X-Com, Gollop said, “Better A.I. would be interesting.” Can you expand upon the alien A.I. in the tactical portion of Enemy Unknown?

JS: There’s two levels: There’s what we call the engagement A.I., which is how they choose what abilities they want to use, how they flank you, and how they work together. We also have something called the overmind. Think of this as the alien player: If there’s an alien squad commander who’s your foil, that’s what that is. The overmind is out there controlling the forces as a whole.

Depending on the mission type, the map type, and what the goals are, those aliens may be patrolling, they may be lying in wait for you, or they may be doing something else, like aliens in the middle of an abduction would be busy with the bodies.

Here’s an example: A player can move up next to a door and then open the door silently, or he can path right through that door. And if he does that, his soldier is going to keep running, kick the door open, and keep moving. The difference there is that aliens can hear when you breach a door like that. So you can move farther, but aliens nearby are going to hear that. And they’re going to respond to that: They’re going to try to find a way to either flank around you or go investigate the sound.

All the different aliens out there are sort of operating on a higher level in terms of trying to tactically match your troops.