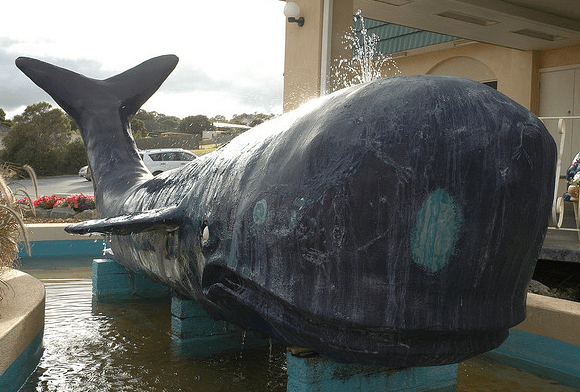 I’ve long suspected that Groupon has a whale problem — that a lot of its revenue comes from a small number of customers. New research from ForeSee indicates that this may be the case.

A lot of businesses have whales. Airlines, casinos and hotels rely on whales. Zynga relies on a small number of active players. But there’s an important difference: Zynga’s selling its own merchandise — it doesn’t have to convince someone else to let it sell their virtual tractors.

Groupon is in a two-sided market. It needs merchants to offer deals and consumers to buy them. If you buy 52 deals a year, you’re a great customer for Groupon. But you’re a terrible customer for a merchant, because you’re unlikely to go back at full price. The merchant is doing all of the hard work of serving you (likely at a loss) but has no hope of converting you. If merchants see that the customers they get from deal sites aren’t likely to convert into full-price customers, they’ll stop doing deals. At nearly every step of the process, Groupon’s interests aren’t aligned with the merchant’s interests.

In its survey of 10,000 online shoppers to the top 40 retail Web sites, ForeSee found that 56% of daily deal purchasers (whether from Groupon or other deals sites) had used more than one offer in the last 90 days. (Groupon is a ForeSee client. A ForeSee spokeswoman told me, “the research is not funded by Groupon or in any way influenced by who is a ForeSee client”.) Rival daily deals service LivingSocial declined to comment for this story, and Groupon did not respond to a request for comment.

Groupon is actively cultivating whales with a new Groupon VIP membership program. That program is a knockoff of a service LivingSocial started testing last fall.

Merchants who are considering daily deals should look at another number: the percent of deal customers who are already customers. According to ForeSee, 40% were already frequent customers before they redeemed a deal.

ForeSee calls that “cementing loyalty.” I call it cannibalization — taking a 75% hit to revenue on what could have been a full-price sale. Cannibalization alone kills the economics of daily deals. Although I’m all in favor of rewarding loyalty, there are much better ways of doing it. Typical loyalty programs pay out 2-10% to loyal customers.

There is some potential good news for merchants in the ForeSee study: 44% of customers who redeemed deals said they have already returned to the business since. Another 47% said they planned to. Those numbers are less impressive than they sound. Keep in mind that 40% were already frequent customers. So it’s not surprising that they came back. The 26% that were infrequent customers were already inclined to come back.

There are problems with the question itself. First it didn’t ask whether consumers would return at full price. More importantly, responses are hard to interpret because people tend to be overly optimistic when answering. They want to think that they’re great customers, not deal chasers.